Lawyer Justin Frimpong Koduah, a.k.a JFK, has won the General Secretary position of the New Patriotic Party at the just-ended national delegates congress held at the Accra Sports Stadium.

The race was a two-horse race between the two candidates leaving the other contestants in the person of Frederick Opare Ansah, with 50 votes, Iddirus Mush with 104 votes, Ramseyer Ahmed Agyemang Prempeh with 8 votes, and Charles Bissue who had 12 votes even though had stepped down ahead of polls. 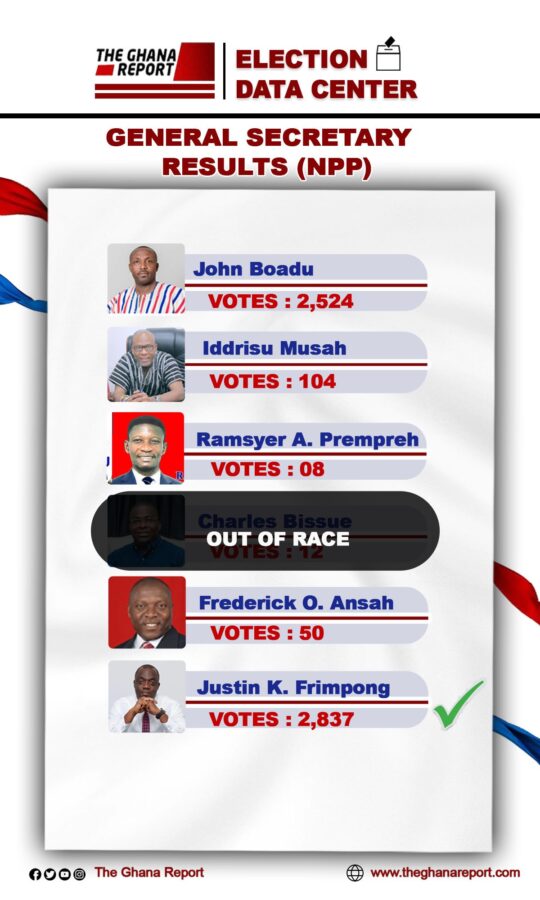 Koduah who is the current Chief Executive Officer of the Youth Employment Agency (YEA), having been appointed into that position in February 2017 by President Nana Addo Dankwa can credit his victory to the massive endorsement from the Ashanti Region despite its regional chairman, Wontumi pledging support for John Boadu.

He won massively from the party’s political stronghold and also made significant inroads in the Ahafo Region.

Prior to his appointment as the YEA CEO, he was the Ashanti Regional Youth Organizer of the New Patriotic Party (NPP).