The governing party has opened nominations for an internal party contest to choose candidates for the 2020 parliamentary elections.

But for some aspirants, where to find the forms has been a headache set to enter day 7 since the process began January 20, 2020.

Kwesi Amofa Agyemang wants to become the next Bekwai MP in the Ashanti region.

But ‘over my dead body’ appears to be the feedback he gets any time he tries to pick a form.

“…. he has not brought the forms and he is also not picking forms” he lamented calmly in an interview on Accra-based Joy FM Wednesday.

The aspirant has been there Monday, Tuesday and complained about it the radio on Wednesday. According to him, the constituency chairman has said on radio, the forms are sold out. He won’t name those who came for it. Nobody in the party’s executives will name names.

And so he escalated the matter to the regional headquarters to get a form. But he has been told the executives are moving around with the president and could not find time to give him printed papers.

The happenings in the Ashanti region are “very, very strange” he said. Amofa is now in Accra to get the forms at the national headquarters.

It is the “proactive”, “sensible” and “practical” thing to do, the aspirant said keeping his cool throughout the interview.

To understand his frustrations, the next lead to look at is who holds that seat for the NPP? 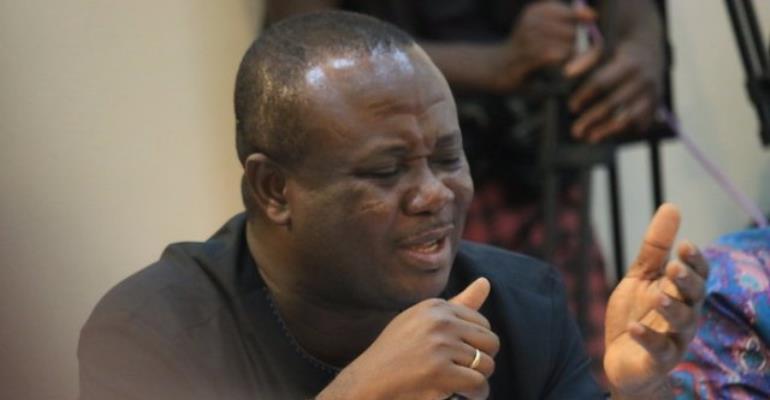 It is the First Deputy Speaker of Parliament Joe Osei Owusu, an ardent member of a small clique of NPP MPs giving themselves a group hug over the lack of protection for important MPs.

Joe Wise believes it is not wise for the party to keep feeding key MPs to the dogs of cut-throat primaries even if it is the most democratic thing to do.

The leader of the group is the Majority leader Osei Kyei Mensa Bonsu who is preparing to win his 7th bid as NPP parliamentary candidate for Suame.

At his last party primaries, several bigwigs from the rival NDC came to drum home their support for him and his idea that experienced MPs need protection.

He hinted the party is still in talks about protecting MPs such as himself because losing his caliber in a free-for-all democratic primary is a lamentable loss for parliamentary democracy.

It is “most unfortunate and suicidal for government and the development of this country” if key party figures have to go through the rigmarole of party primaries, he defended a position that has been well documented.

He pointed to other ‘victims’ of the current democratic system. The Education Minister Matthew Opoku Prempeh and his deputy Dr. Yaw Adutwum who has been crisscrossing the country trying to implement the government’s flagship programme, Free SHS.

And while they do this important work, other democrats eyeing their seats will be ‘scavenging at their backyard’, ‘planting themselves into the constituency” seeking to unseat them, the chief advocate of the clique said.

The Ashanti regional NPP General Secretary Sam Payne who is being chased for some of the forms is also clothed with this view.

“We need to be strategic” he said and revealed some 10 constituencies are being targeted for some special exceptions.

“Well, we never said we are protecting them.. we have said let’s look at it” he pointed to an ongoing dialogue within the party to protect MPs and female politicians.

And that is why Osei Kyei Mensah’s work in Parliament as important as it won’t impress delegates in and by itself.

Voters on the other hand judge MPs by their commitment to stocking schools with furniture, building hospitals, schools and other infrastructural projects that were never envisaged by the framers of the constitution.

In this ultimate mismatch of job descriptions, MPs brace for party primaries with a pernicious fear.

In the Ashanti Region, the governing party’s stronghold, winning a primary is as good as winning the main parliamentary contest in November 2020.

With the NPP in power, the party grows attractive by the day and wanna-be MPs flock to get nomination forms.

Success has many friends and it appears the party is trying to unfriend many because Ghana’s democracy is becoming too hot to handle.