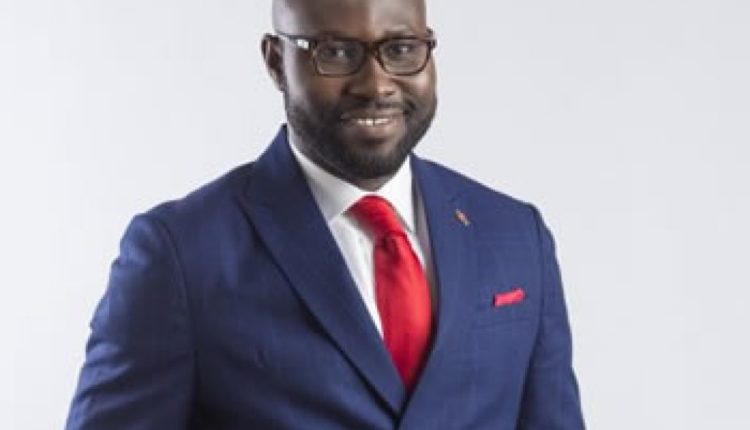 Private legal practitioner, John Darko, has bowed out of the upcoming NPP parliamentary primaries for the Suame constituency.

According to him, the decision to withdraw from the race follows unsuccessful attempts to secure a nomination form.

In a statement, Mr. Darko said he met with the leadership of the party to discuss his decision.

“I met the leadership of the party, including the chairman of the Council of Elders, Mr. Hackman Owusu Agyemang; the General Secretary, John Boad; and the Ashanti Regional Chairman, Bernard Antwi-Boasiako, and Education Minister, Matthew Opoku Prempeh, to discuss the way forward”

In a related development, the Member of Parliament for Formena in the Ashanti Region, Andrews Amoako Asiamah, has announced that he would back out of the upcoming primaries of the New Patriotic Party (NPP).

In a statement he cited ‘being subjected to a series of unfair treatment from the Ashanti Regional Chairman, Bernard Antwi Boasiako, aka ‘Wontumi’, and Fomena Constituency Chairman, Akwasi Nti,  as the reason for his withdrawal.

Some aspiring MPs in the Ashanti Region have been struggling to pick nominations forms as some constituency executives in the region hoard the forms. 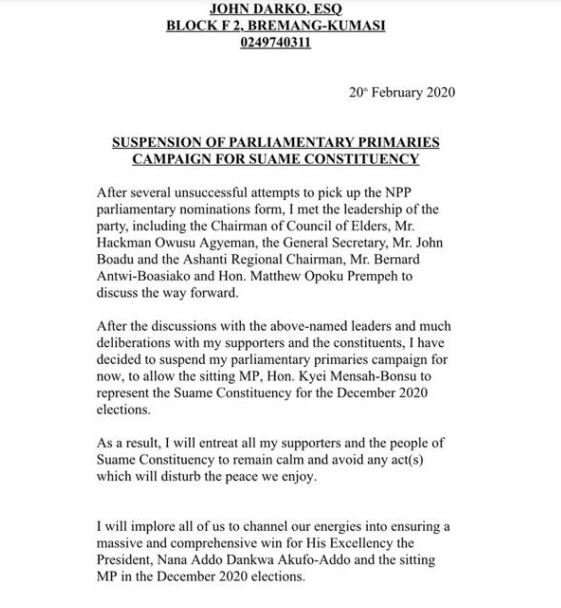