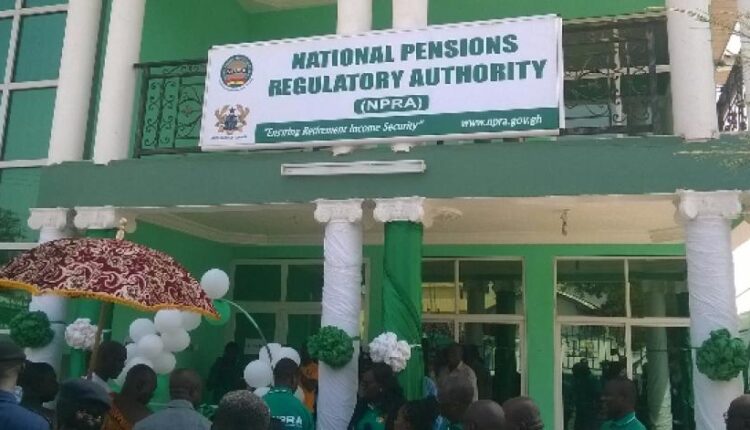 The National Pensions Regulatory Authority (NPRA) has retrieved GH¢11million from 14 employers who woefully failed in paying employees’ pension contributions over the last two years to the appropriate trustees, as demanded by the law.

The NPRA, to ensure strict compliance with the Pensions Act, has now been given prosecutorial powers. This means the Authority now has the power to prosecute defaulters, thereby enhancing its operations as well as deepening transparency.

The Authority is making significant progress in its quest to ensure that the Ghanaian employee is guaranteed an improved living standard on retirement.

During a visit by the Board of NPRA, led by Board Chairman Simon Koranteng to the Office of the Vice President, the Authority revealed plans to use digitalisation to enhance its operations.

The Minister for Employment and Labour Relations, Ignatius Baffour-Awuah – who has oversight responsibility on the NPRA, said the Authority is looking to leverage appropriate technology including mobile money interoperability to help make pension contributions and payments less cumbersome.

Furthermore, he stressed the readiness to work with stakeholders on designing the necessary software to make pension administration easier.

“Ghana has a working population of about 12 million, but only about two million are in the formal sector and actively making pension contributions. We need to work harder to bring in those from the informal sector,” he added.

The Chief Executive Officer (CEO), Hayford Attah Krufi, also said having set up offices across the country, with more in the offing, the Authority is poised to expand its operations to be even closer to its clients.

He, therefore, urged employers to pay their employees’ contributions promptly to avoid prosecution.

On his part, Vice President Dr Mahamadou Bawumia assured that his office stands ready to assist the NPRA to digitalise its operations and rolling out attractive, credible pension schemes; especially for persons in the informal sector.

“A well-regulated and functioning pension system is a major driver for investment and development, and I am keenly interested in the growth of the pensions industry,” he stated.

To this end, he said: “We are ready to help you work on the appropriate technology, software and designs to help you achieve your objectives, especially for reaching people in the very large informal sector”.

NPRA was established by the National Pensions Act 2008, (Act 766) to regulate and monitor operations of the three-tier pension scheme and ensure the effective administration of all pensions in the country.

Among others, the NPRA is mandated to register occupational pension schemes, provident funds and personal pension schemes; approve, regulate and monitor trustees, pension fund managers, custodians and other institutions which deal with pensions as the Authority may determine.

It also regulates and monitors the implementation of the Basic National Social Security Scheme, carries out research and ensures the maintenance of a national data bank on pension matters.

The NPRA is also expected to sensitise the public on matters related to the various pension schemes; receive and investigate complaints of impropriety in respect of the management of pension schemes; promote and encourage the development of the pension scheme industry in the country among others.