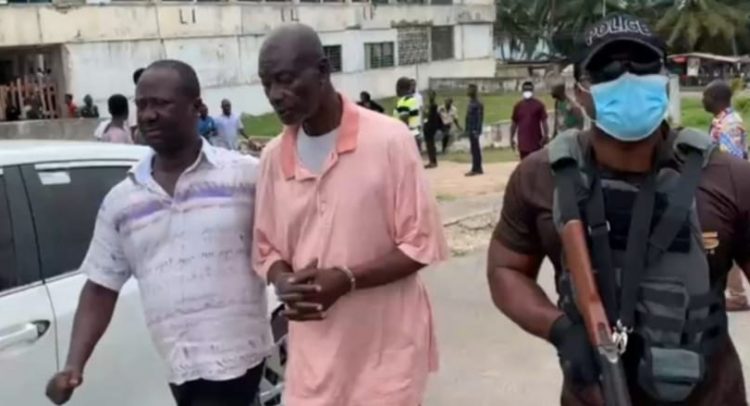 Christopher Ekow Clarke, alias Nana Clarke, the Tufohen of Ekumfi Akwakrom in the Central Region has made passionate appeal for the third accused person in the centre of the killing of the nursing trainee at Mankessim to be freed.

According to him, the third accused, Jonathan Obeng, 26, who is a mason is innocent and did not know anything about the conspiracy to to kill Georgina Asor Botchway.

Nana Clarke said this when he appeared before the Cape Coast District Court together with his accomplice,

At the hearing, Prosecutor Deputy Superintendent of Police (DSP) Daniel Gadzo prayed the court to remand the suspects to allow the police ample time for further investigations.

The court has therefore for the second time remanded the suspects into police custody for two weeks.

Meanwhile, the third accused person, who was allegedly hired because of his job as a mason to dig the grave in which the deceased was buried, also made his first appearance in court.

The court is yet to take the pleas of the accused persons as the case has since been adjourned to Tuesday, October 18.

Meanwhile, there was spectacle at the court when some persons believed to be relations of the deceased thronged the court’s premises to hurl insults and hoot at them when they were being escorted back into police custody.