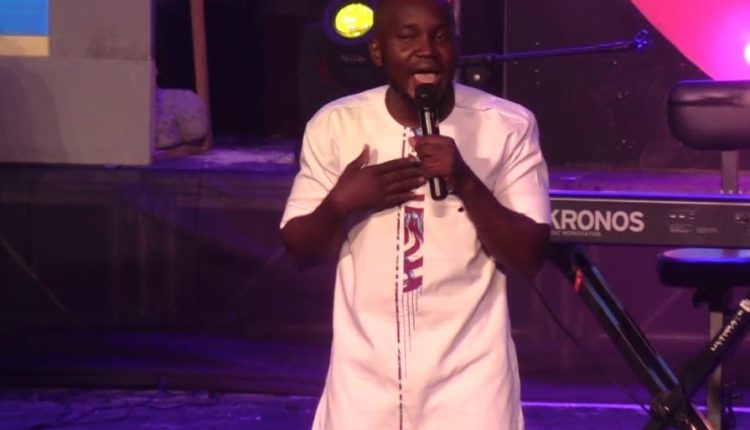 When Ghanaian comedian OB Amponsah walked off the stage of D2R 2019, little did he envisage that the next few days were going to plunge him into total disbelief, flatten his dimples, and loosen all the air from his head which was still swelling as a result of the delirious raves he had received.

The D2R crowd had given him the biggest applause and cheer of his comedy career, and he had gone to bed with sugar and honey fighting for real estate in his head.

OB woke up the next morning thinking to himself, ‘I have arrived’, but that thought was quickly cut short as insults and threats started flowing into his inbox like Boti Falls.

Calls from unknown numbers were coming through, and after picking a few, his mouth which had brought this debt upon him was stuck open in shock. At this point, let me bring you some erudition if you have no idea what he had done.

D2R, a music performance show organised by Citi FM always has a comedian passing through. The lot fell on OB Amponsah this time round so he embraced it and prepared with a set that got the audience cracked up.

It was in this performance that he decided to educate his audience on some names and their implications on the bearer.

As an actress, Ama K. Abebrese is always playing crying roles in movies, and according to OB, the cause is in her name Abebrese; which means great suffering. After a few other relevant and funny examples, he continued that the name Mahama in the Hausa language meant corruption.

This punchline got many of the audience members laughing hard, but OB quickly realised not everyone found it funny. He, therefore, made a swift disclaimer that it was just a joke. He then apologised and asked the audience not to kill his young career. OB went on to finish his set and got the applause of his life from the audience; hence his swollen head when he went to bed.

Sympathisers of former President Mahama did not hear OB’s apology. To them, this Mahama joke was a deliberate effort to tarnish the image of His Excellency JM. In fact, social media screenshots were pulled out as evidence that this was not a one-off action by the ‘foolish comedian’.

He was doing the bidding of his paymasters as usual and so the time had come to nip him in the bud once and for all. Their trap had caught a stubborn ‘bayla’ and they were bent on chewing him like Christmas chicken. On social media, OB was trending gidigidi!

Meanwhile, the 1026 Laughs Comedy show had him on the bill the next day. You can imagine your man could not sleep that night, yet he was expected to ‘kill it’. To make matters worse, Charter House received a strong message from Mr Sam George, NDC MP for Ningo-Prampram, threatening to have him removed from the bill.

I thought same too, but it sufficed anyway. Before he went on stage to perform on the 26th of December, 2019; OB admits he was a miserable, traumatized and broken man. In fact, he wished he had someone to psyche him up. Yet as professional as he is, he went on stage and killed it!

It is this brouhaha that led to the staging of the show dubbed ‘Political Refugee’ on the 18th of January, 2020, at the Snap Cinema. Accra. With a room fully packed, OB mounted the stage clad in his Pajamas; thanks to a certain viral video call. With his unique storytelling skills, the first part of his set were jokes centred on Hon. Kan Dapaah, Sugar Daddies, distant relationships, phone sex and sexting.

He then dedicated the second part of his set to the predicament that led to this show. With a projected screen, OB showed some of the messages he received from the irate JM followers. By reading each message with the character it possessed, he used the insults and threats to laugh at his pain. As the audience, we could not help but laugh along. Once a while he swayed into what he calls his Baffour jokes.

Baffour is supposed to be an unrelenting stuttering friend of his, whose escapades can pass for a whole comedy special. Again the audience could not control themselves as the humour got to its crescendo.

It was refreshing though to note a few of the messages that encouraged and assured him that the hate messages and calls did not reflect the ideals of the NDC.

OB Amponsah’s ‘Political Refugee’ was a great night of Ghanaian comedy. If you missed it, you missed out on an opportunity to have a good laugh. Other performers of the night included MJ, Jeff, Kweli, Rymer, Nii O Nii, TeeKay, Efe Keys, Atta Kay, and Jerry who stood out as a talented comedian with a bright future.

Clemento Suarez, the MC of the night, was in his usual witty and hilarious element. In fact, the moment I laughed the loudest was when Clement decided to be a backup singer to Atta Kay, a budding singer. I laughed so hard I was in tears!

In conclusion, OB Amponsah used the show to clear the air that he is not on the payroll of the NPP and that the Mahama joke was just a joke and should stay as such. He ended his set with a standing ovation from the audience and confirmed himself as one of the top dogs of Ghanaian comedy.

OB Amponsah, the political refugee, took a depressing situation and turned it around to bring laughter and joy to a large audience and himself. Congratulations to him! OB is in the form of his life, and If he keeps working hard, he will go places. Well, except for an NDC rally though.