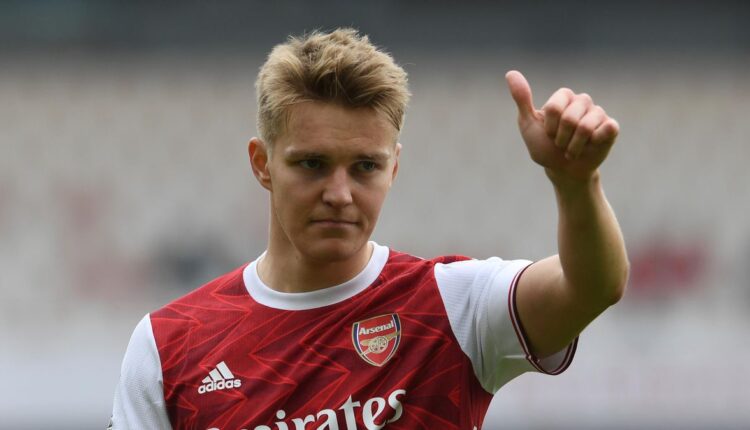 Odegaard returns to Arsenal for £30million

Arsenal have signed midfielder Martin Odegaard from Real Madrid for a fee in the region of £30m while goalkeeper Aaron Ramsdale has completed a medical before a move from Sheffield United.

Norway international Odegaard, 22, spent the second half of last season on loan at Emirates Stadium.

He made 20 appearances in all competitions and scored two goals.

The deal for England Under-21 international Ramsdale is worth £24m plus a further £6m in add-ons.

Ramsdale, 23, who made 38 Premier League appearances for the Blades last season, will join Bernd Leno and Runar Alex Runarsson as Arsenal’s goalkeepers.

“There is still some paperwork but his medical is done, still a few things to sort with Sheffield,” Gunners boss Mikel Arteta said.

“Aaron is a talented young keeper with huge experience and has international experience for England. He will bring competition and that’s what we want to create – healthy competition, quality competition in every position. We identified Aaron as the ideal option.”

Odegaard, who has signed a four-year deal with the option of an extra year, joins Ben White, Albert Sambi Lokonga and Nuno Tavares as Arsenal’s signings this summer.

He will not be available for Sunday’s Premier League match with Chelsea as he waits for visa clearance.

Asked what Odegaard would add to his squad, Arteta added: “A lot of things that he brought last season, he made us better, we needed more options and alternatives for creativity.

“He is still a really young man but he has huge experiences in clubs already and has unique talents for the way we want to play so I am really pleased the club have made the effort.”

The Norwegian joined Real Madrid from Stromsgodset in 2015 but only made eight league appearances for the Spanish side. He also spent time on loan at Heerenveen, Vitesse and Real Sociedad.

Arteta had made it clear at the end of last season that he wanted Odegaard to return to the Emirates on a permanent basis, and has since spoken about wanting to add more new signings to his squad before the transfer window closes on 31 August.