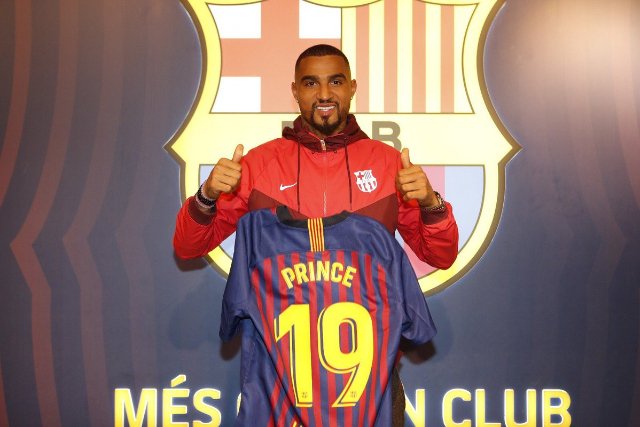 FC Barcelona have announced the signing of Ghanaian striker Kevin-Prince Boateng on loan from Sassuolo.

The initial deal will apparently cost Barcelona around €2million (£1.8m) with another €8m due if Barca wants him on a permanent contract.

Barcelona believe the player will add versatility to their squad.

“Born in Berlin on 6 March 1987, Kevin-Prince Boateng is a player who will surely adapt quickly to the team,” said Barcelona on their official website. “With the experience of playing in four of the biggest leagues in Europe, the Premier League, the Bundesliga, Serie A and La Liga, he is a man who has scored goals wherever he has been.

“Furthermore, Boateng is a player who versatile to a fault. During his time with Las Palmas with Quique Setién as coach he played as an out and out striker, a typical number ‘9’. However, he is also able to play further back as he did at AC Milan, scoring twice against Barça in his time with the Rossoneri. His ability to bring people into the game means he is excellent at playing behind the main striker.”

Kevin will be presented to Barcelona fans on Tuesday.