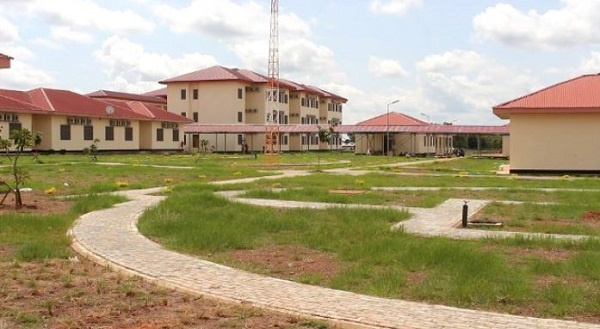 The former Minister-in-charge of Public, Private Partnership has called on government to ensure that the newly commissioned Upper West regional hospital is up and running.

Dr Abdul Rashid Hassan Pelpuo said it is unacceptable that the “new hospital is commissioned but still locked up.”

Addressing participants after a health walk to raise awareness about breast cancer in the Upper West regional capital, Wa, he stated that “Once the commissioning has taken place we have to make sure we open it up for work.

“So much money has been invested there and yet not a single activity of health treatment is going on there.”

The new 160 bed Upper West Regional Hospital which cost the state over $52 million and executed by Euroget De Invest was commissioned by President Akufo-Addo on August, 18 amidst pomp and pageantry.

But for some reason, Dr Pelpuo who doubles as MP for the Wa Central Constituency does not understand why the facility is not operational for people to access it.

He called on the Health Ministry to create an enabling environment by providing doctors and nurses posted to the region with accommodation in order to retain them in the municipality.

Dr Pelpuo revealed that the Wa municipality with a population of about 150,000 people, has only three doctors to take care of their health needs.

“I will like to call on the ministry of health to reexamine the health needs of the people and to make sure that we have just not locum doctors but resident doctors who will stay in Wa and treat our people when they fall ill,” he added.