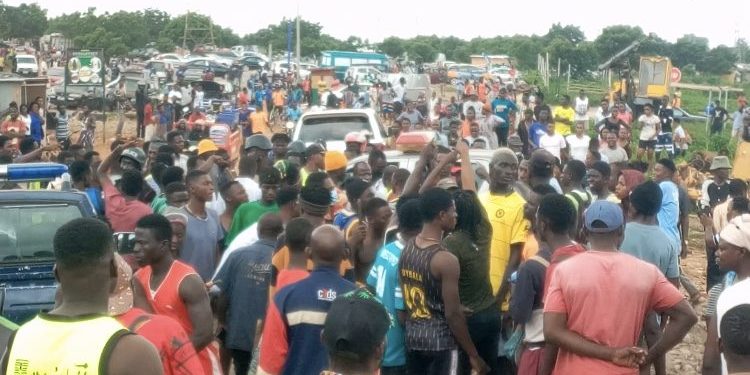 Squatters who have erected permanent structures on the premises of O’Reilly Senior High School are demanding compensation from the government ahead of the planned demolition exercise.

They made this demand after some of their temporal structures were demolished by the Ledzokuku Municipal Assembly.

The assembly cited security threats to the school staff and students by the settlers’ activities as the reason for  the exercise.

According to them, the government promised to pay them compensation before the school moved to the area.

“We heard the government will be acquiring this place for O’Reilly Senior High. To date, compensations have not been paid, and we have not heard from the government. Anytime we make a step, the government tells us there is no money and funds,” their representative said.

Mr. Martin Adenyo, the representative of the squatters also told Citi News that they will not move from the land until the government pays what is due them.

Meanwhile, the move is part of efforts to remove about 300 buildings from waterlogged areas in the municipality.

The school was initially situated at Adabraka, where students occupied a 3- story building structure just behind the Holy Spirit Cathedral.

In August 2010, the Ghana Education Service (GES) directed the school to stop accepting new entrants and prepare for closure.

The owners of the building housing the school decided that since the GES could not afford to purchase the building, they would no longer lease it.

However, in December of that year, GES developed a plan to move the school to its present location at Teshie Okpoi-Gonno.