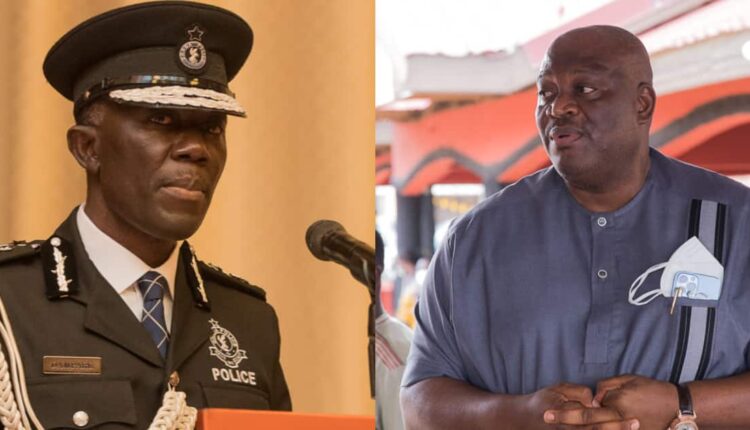 The Osu Kinkawe Dzaase, represented by the Dzaasetse, the Osu Klottey Wulomo and the two Osu ruling houses have issued a writ against the Inspector General of Police, the Greater Accra Regional Minister and the Attorney General at an Accra High Court over the occupation of the Osu Palace.

The plaintiffs averred that a few weeks to the final funeral rites of the late Paramount Chief of Osu, Nii Okwei Kinka Dowuona VI, some alleged hoodlums invaded the Osu Mantse Palace in the presence of officers of the Ghana Police Service on guard without any resistance or arrest.

They stated that the palace was invaded at the order of Mr. Henry Quartey, who is the second defendant in the case.

According to the suit, the intention was that he was taking over the Osu Mantse Palace and other Osu stool properties, as the Head of the Greater Accra Regional Security Council, for security reasons, which plaintiffs claim is false.

The plaintiffs further stated that because of the attitude of the police and the second defendant, the first plaintiff sought an order from the High Court to compel the police to give protection to the Osu Kinkawe Dzaase and elders of the Osu Stool for the performance of the final funeral rites of the late Chief of Osu at the Osu Mantse Palace.

Plaintiffs averred further that despite the order from the High Court, which was duly served on the police, the police were reluctant in giving the plaintiffs the needed security and protection during the funeral rites of the late Osu Mantse.

The second defendant unlawfully threatened to take over and lock up the Osu Mantse Palace during preparation towards the funeral of the late Osu Mantse, to prevent the elders from accessing the palace before and after the final funeral rites, the plaintiffs further stated.

According to the plaintiffs, on Sunday, February 27, 2022, before the final funeral rites could be completed by the Osu Kinkawe Dzaase, the Ghana Police unlawfully drove out everybody from the Osu Mantse Palace and locked up the palace.

“As a result of the locking up of the palace by the police, the Dzaase of the Osu Stool and the Osu Traditional Council and the Osu Customary Land Secretariat do not have access to the palace to conduct their activities and work at the palace,” plaintiffs averred.

The plaintiffs added that the conduct of the defendants, particularly the Ghana Police Service, in locking up the palace “has caused and continue to cause so much irreparable and irreversible injuries and damages to the Osu Kinkawe Dzaase, and elders of the Osu Stool, the entire Osu Traditional Area, the Osu Traditional Council and the Customary Land Secretariat.

The plaintiffs, therefore, prayed the court to make a declaration that it is unlawful, illegal and ultra vires on the part of the defendants, to takeover or lock up the Osu Mantse Palace or any other Osu Stool property.

The plaintiffs are also seeking an order directed at the police, the military or other security agencies to provide adequate security and protection to the plaintiffs, the Osu Dzaase, the Osu Traditional Council and the Osu Customary Land Secretariat at the Osu Mantse Palace to enable them perform their duties.