He submitted the completed form to the party Headquarters in Adabraka-Accra on Tuesday, November 8.

The agricultural economist was in the company of constituency executives who cheered him on as he submitted the form.

Gilbert Alhassan, who led the team of supporters spoke to the media about the deputy General Secretary’s competence and capabilities.

“Dr. Peter Otokunor is a very accessible, hardworking, and effective party leader. He has worked his way up the ladder and contributed immensely to the party’s growth. This is his time to lead the party to victory in 2024. He can do it and we believe in him,” he indicated. 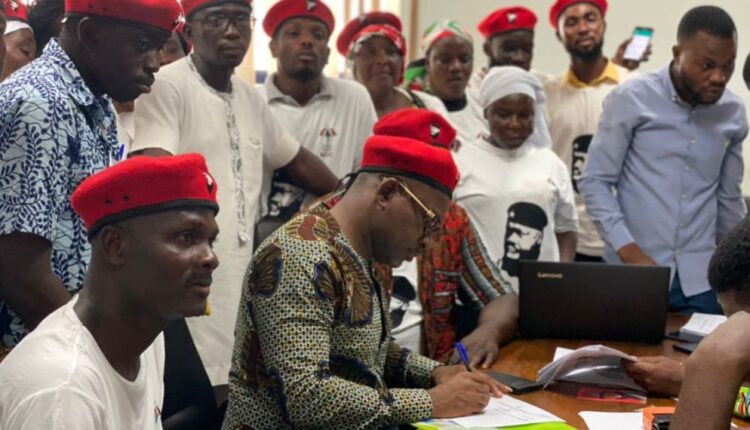 “No more monkey dey work baboon dey chop” to wit, those who sacrifice for the party will be rewarded.

Dr. Otokunor has in the last 12 years served in various capacities within the party and currently serves as the Deputy General Secretary of the NDC.

His campaign is anchored on a 10-point agenda for action, where he talks about building a united party, winning elections through an effective polling station structure in all constituencies, rewarding the party faithful, and providing good governance for the Ghanaian people.