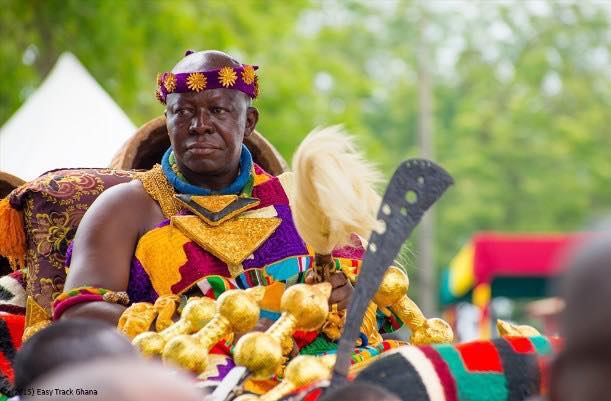 The Asantehene Otumfuo Osei Tutu II has withdrawn all his representatives serving at the various assemblies in the Ashanti Region.

The monarch took the action citing neglect and undermining of traditional authority in the local governance process.

Bantamahene, Baffour Owusu Amankwatia VI, made the revelation when he represented Otumfuo at the 18th inauguration and swearing-in ceremony of the Kumasi Metropolitan Assembly (KMA) on Thursday.

“Manhyia has sent a circular that all the chiefs at the assemblies are being withdrawn,” he stressed.

He explained: “It looks like the central government is eliminating chiefs from the work of local governance. At first, our representation was five but has been reduced to one”.

The  Bantamahene reminded the gathering that  President Nana Akufo-Addo had in the past publicly stated that not serious mobilisation and development can take place in Ghana without the involvement of traditional leaders.

He, therefore, finds it baffling how the local government could take such an action to unilaterally reduce the numbers of the chief’s representatives at the assemblies.

Assemblymember for Amakom, Stephen Ofori, was elected as the Presiding Member of the assembly.

Although Ghana’s laws bar chiefs from active politics, they can be appointed to public office.

Section 5 (1) of the Local Governance Act, 2016 states:
“A District Assembly shall consist of the following members:
(a) the District Chief Executive;
(b) one person from each electoral area within the district elected by universal adult suffrage in accordance with regulations made for the purpose by the Electoral Commission;
(c) the member or members of Parliament from the constituencies that fall within the area of authority of the District Assembly; and
(d) other members that shall not exceed thirty per cent of the total membership of the District Assembly appointed by the President in consultation with the traditional authorities and other interest groups in the district”.

Also, Article 276 (1) of the 1992 Constitution states that: “A chief shall not take part in active party politics, and any chief wishing to do so and seeking election to Parliament shall abdicate his stool or skin.”

However, Article 276(2) also states that notwithstanding the position of the constitution on chiefs taking part in active politics and provisions of Article 94(3)(c) that bars chiefs from becoming Members of Parliament, “A chief may be appointed to any public office for which he is otherwise qualified.”

The Bantamahene also expressed the Asantehene’s concern about the level of lawlessness and disorder in Kumasi.

He complained that the KMA is unable to clamp down on indiscipline for fear of the electoral consequences.

He wondered how people could obtain KMA permits to build on waterways.  Asanteman is retrogressing” he spoke in Twi, ‘it is astonishing’.

The Bantamahene lamented the poor levels of development in the Ashanti region and faulted the commitment of the President’s appointees.

The road trip in Kumasi that requires a mask

He said unlike Accra, there is no place for recreation in Kumasi. ‘If you want to go out, you have to wait till evening and go and sit at a drinking bar’

He said the Asantehene has already declared 2020 as a year of action and is prepared to escalate matters to the President if he is pushed.

“Otumfuo is serious’, he said.

Meanwhile, the Chief Executive of the KMA, Osei Assibey Antwi, has explained the creation of more districts is responsible for the reduction of the Asantehene’s representatives at the Assembly.

He said the Kumasi Metro of old has been split into seven districts and is no longer a single assembly.

As a result, Manhyia now has one representative each at all the Municipal Assemblies and two at KMA, making the total number of Manhyia appointees eight instead of the previous five.

In an interview on Citi FM monitored by theghanareport.com, the Mayor said has not received any circular concerning the withdrawal of the Manhyia representatives.

He said all the representatives of the traditional authorities have been sworn into office.