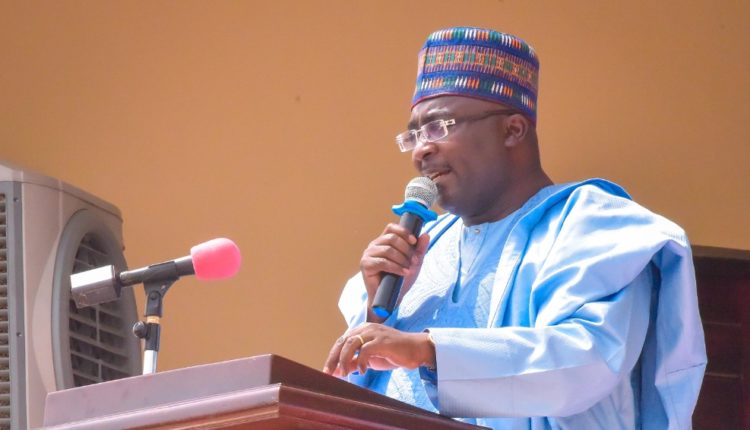 In comparing successive governments first term with that of the current administration, the Vice President has maintained Akufo-Addo administration has been phenomenal.

Addressing delegates at the ongoing consultative meeting of the National Council of Zongo Chiefs at Kyebi in the Eastern Region on Thursday, Dr Bawumia bragged about the administration’s achievements.

“For virtually every economic measure, from inflation to interest rates, exchange rate depreciation, rate of increase of utility prices, social interventions, like free SHS, job creation, infrastructure etc.. the data shows clearly that no government has achieved as much as the government of President Nana Addo Dankwa Akufo-Addo, ” he stressed.

He then threw a challenge to any individual who has facts contrary to what he[Vice President, Bawumia] to come forward and dispute the aforementioned achievements.

“I can tell you, in all humility, and without any fear of contradiction – because when you speak, you should speak with data, or on the basis of data. A lot of people speak, and they speak with propaganda; there is no data to back up what they are saying, ” he further explained.

“There is no government, and I challenge anybody to bring any contrary data. Anybody can go and look at the data. The data speaks for itself. You can look at any of the data, and you will see, when you take them in totality, whether you are looking at the macro data, of inflation, exchange rates, interest rates as well as the real sector, social interventions, infrastructure, etc., there is no government in its first term that has been able to match the record of Akufo Addo”. 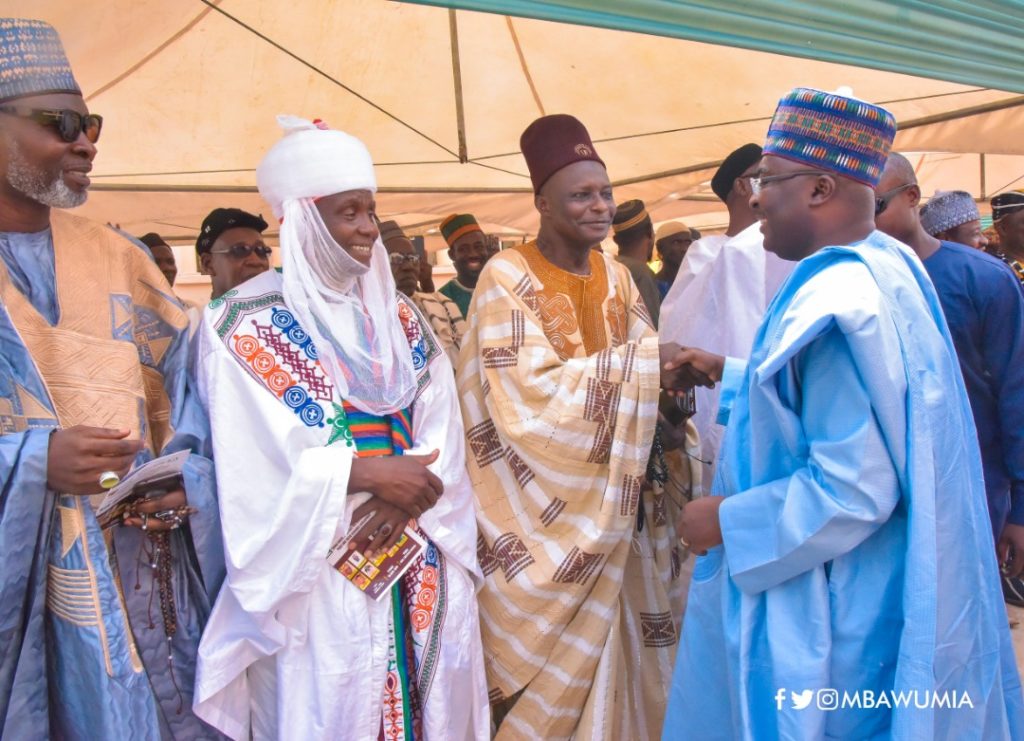 “This government is committed to holistic, inclusive national development and reducing the suffering of our people. No one should be left behind, especially in the Zongos. This commitment is evidenced by the establishment of a Ministry for Zongo and Inner City Development, the first in Ghana’s history, a Zongo Development Fund and the numerous infrastructure projects going on across Zongo communities in Ghana.

“We are paying Arabic instructors, whose allowances were cancelled by the previous government. There are also several national programmes ongoing, including the Free Senior High School programme. I can assure you that the welfare of Zongos is dear to the heart of this government.” 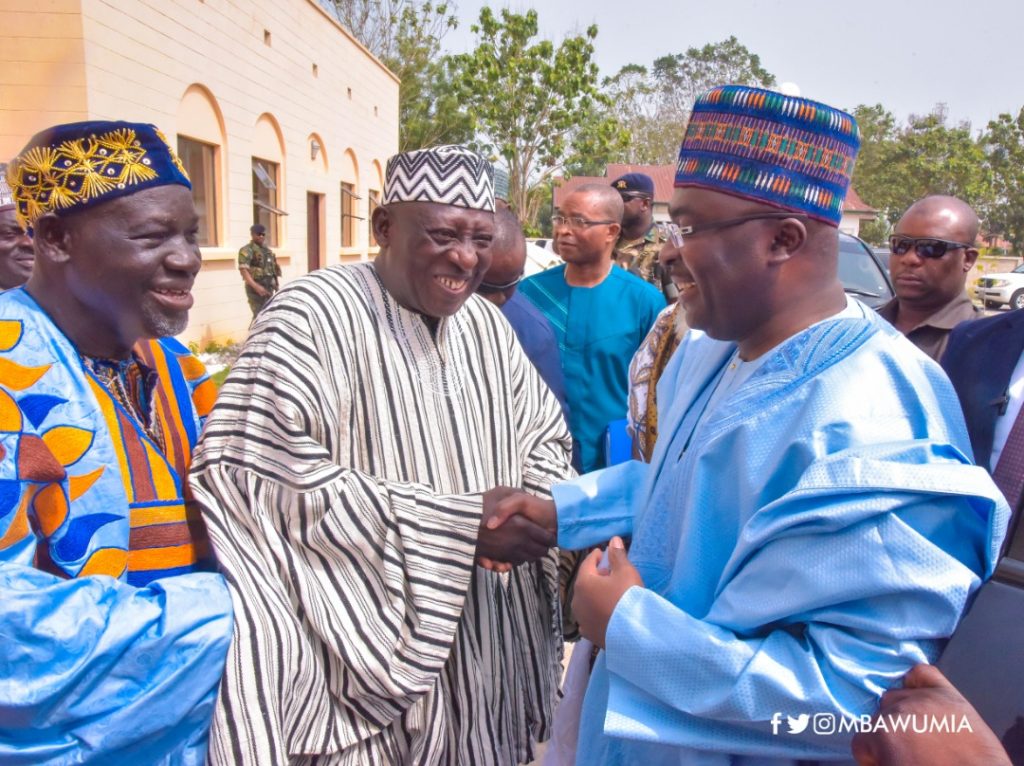 Vice President Bawumia urged residents of the Zongo, particularly the youth, to resist attempts by politicians to use them for any violent undertaking, especially in this election year.

“In an election year, unscrupulous politicians are going to come to Zongo communities to recruit youth for violent purposes. You should educate the youth to ask politicians to bring their own children to lead any such acts of violence if indeed it is a worthy cause.

“I want to assure you that as a party that believes in the rule of law, we the NPP shall continue to use legitimate arbitration processes for resolving political disputes.”