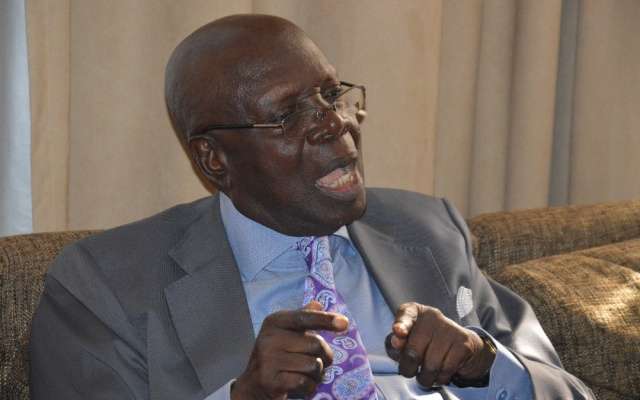 Dr Ishmael Yamson, Board Chairman, MTN Ghana, has expressed “frustration” over the country’s slow pace of development and blamed the situation on bad leadership, corruption, and greed.

In an interactive session with some young people in Accra on Wednesday, September 21, 2022, he said the living conditions of people in the colonial era through to independence were better compared to today.

Dr Yamson, who is also a management consultant, recalled events in the colonial era, where he said his grandfather, a farmer, could sell a bag of cocoa for 13 shillings – and could use that money to fend for his 26 children, grandchildren and nephews.

“Today all our farmers are poor,” the eighty-year-old-man said, adding: “If you take the life of an average Ghanaian today, it is much worse than what I experienced.”

“I have seen Ghana from colonial days up to today… I saw King George VI reign before Queen Elizabeth II and before we had the independence agitations, and I can tell you that life for me under colonial rule and the transition to independence and Republican was better than life for me today,” Dr Yamson said.

His encounter with the youth on Wednesday formed part of activities for the 2022 Inter-Generational Dialogue under the auspices of the Passionate Africa Leadership Institute (PALI).

Dr Yamson mentioned greed and corruption as the two major issues undermining the progress of the nation.
He said the country would not develop “until we find a government that says I want to leave a legacy free of corruption and greed.”

He urged all persons occupying leadership positions in the country to build on what was bequeathed to them and work to make the lives of the people better.

“Ghana is not that we don’t have people with good minds, goodwill. Our problem is that when it comes to executing those plans we are corrupt, greedy and those things will never allow us to develop,” he added.

Dr Yamson also expressed concern over the inability of businesses to grow and expand their operations after the demise of their founders.

He observed that many businesses were operated under the dictates of their founder without structures and proper succession plans.

“One of our biggest tragedies is that many of our entrepreneurs die with their businesses …the business is run in the head of the founder so when he dies, the business disappears, “Dr Yamson said.

He urged the youth to “rise up,” abstain from corruption and greed and vote for a leader who would make their lives better.
Mr Frank Paa Kumi, Convener for PALI, said the Dialogue formed part of initiatives intended to connect young people with distinguished personalities to share their experiences with them.