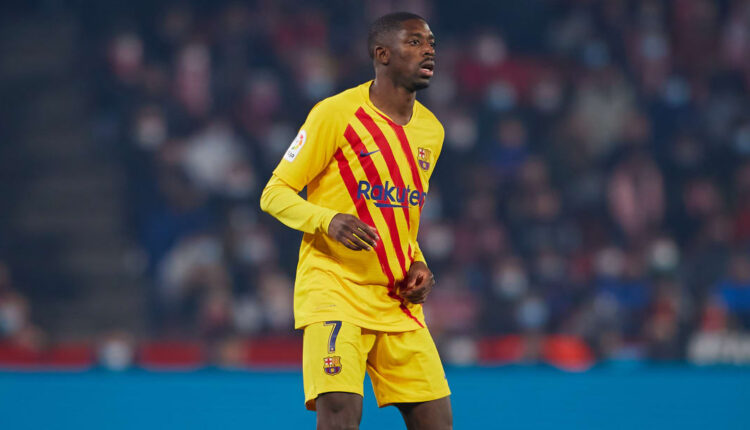 Xavi will have a lot to take in from his first Super Cup game.

His Barcelona side was bested 3-2 by Real Madrid in Wednesday’s chaotic semi-final, in which we saw the good, the bad and the ugly of the Blaugrana.

Some woeful defending, and a questionable decision to play a high defensive line with a 38-year-old Dani Alves against 21-year-old superstar Vinicius Junior, brought some moments of absolute madness at the back, but that wasn’t the whole story.

Vinicius was excellent, but at the other end, so was Ousmane Dembele.

The Frenchman immediately looked to be Barcelona‘s biggest threat, with some silky footwork and glorious movement cutting through Real’s usually solid defence with terrifying ease, and it didn’t take long to realise he was going to be pivotal to his side’s chances.

A few nice crosses for Luuk de Jong were a warning to Real, and it was Dembele’s cross that ended up being turned into the back of the net by the Dutchman after an unfortunate clearance from Eder Militao.

Dembele continued to threaten Real’s back line throughout and was unfortunate not to get a goal of his own, but while he’ll be walking away feeling frustrated with the result, he’ll be relieved to have justified his recent contract stand-off at Camp Nou.

Now in the final six months of his deal, Dembele wants to be paid like a superstar. He believes he deserves it, and on this evidence, it’s hard to disagree.

Dembele’s representatives want to see him given a lucrative contract and have been disappointed by Barcelona’s determination to insist that such a salary isn’t possible, while simultaneously paying £55m to sign Ferran Torres.

The former Manchester City man made his debut here but was largely unspectacular in his 45-minute cameo, but given he has just recovered from Covid-19, it would be wise to avoid any snap judgements.

The reality is that Dembele knows how good he is, and truthfully, so do Barcelona. They’d pay him that money in a heartbeat if this was 2019, but now, it’s just not possible.

There are a lot of teams queueing up with big offers for the 24-year-old, and if he keeps playing like this, he won’t struggle to get the money he is looking for.