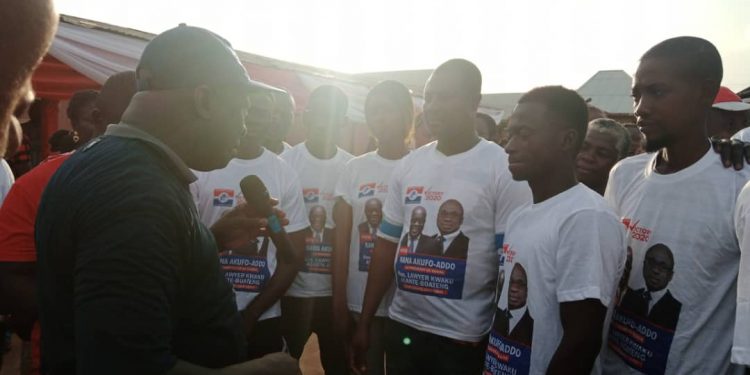 Over 150 NDC members who defected to NPP

The over 150 NDC members who defected to the governing New Patriotic Party (NPP) have explained the rationale behind their decision.

They belonged to the NDC in Ofoase, a town in the Asante Akim South Municipal District of the Ashanti Region.

The group made the announcement when the NPP Member of Parliament (MP) for the area, Kwaku Asante Boateng, visited the area as part of his campaign tour of the constituency.

The defected group includes branch executives of the opposition NDC. 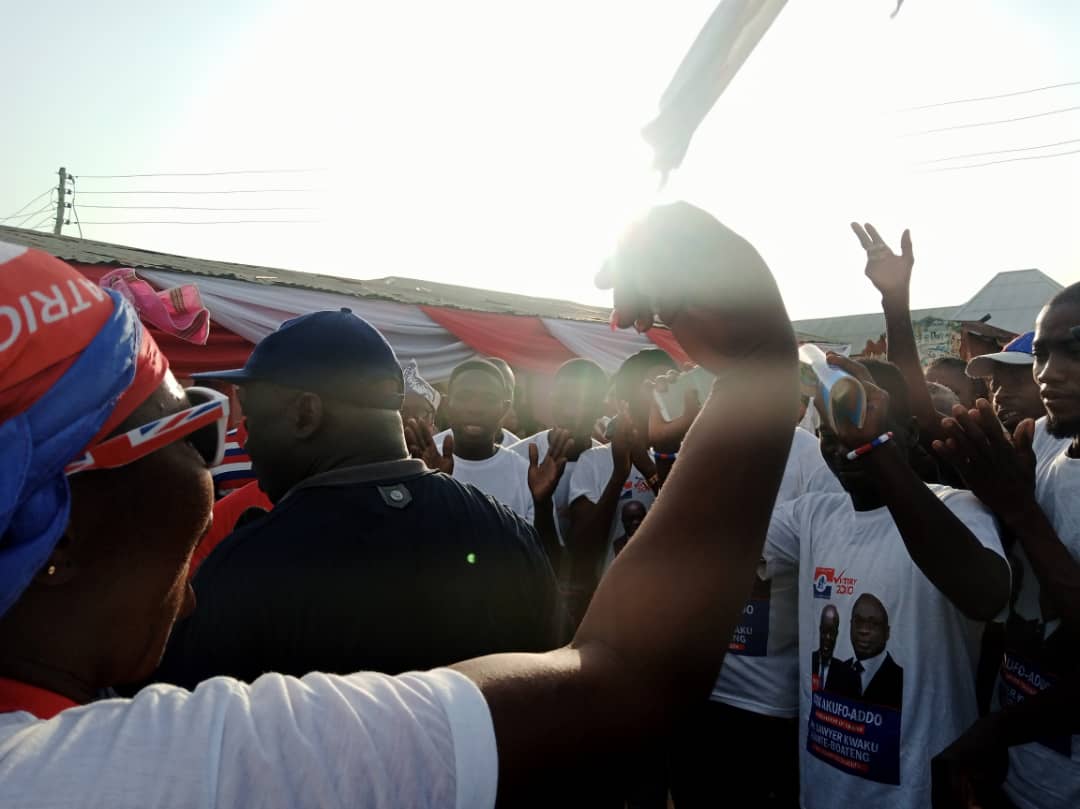 According to them, they took the decision to defect to the NPP due to the unprecedented performance of President Akufo-Addo and viable policies such as free SHS and NABCO as reasons for their decision.

“We were made to believe in 2008, 2012 and 2016 that the campaign promises by His Excellency Nana Addo Dankwah Akufo-Addo were just empty talks and a desperate desire by Nana Addo to at all cost become president but for the four years that Ghanaians gave the NPP and Nana Addo the mandate, we have seen and benefited from his good works,” Spokesperson for the group, Seidu Osman said.

They believe the Akufo-Addo government can do more when given another term in office.

“We believe if Nana Addo and Hon. Kwaku Asante Boateng are rewarded with another 4 years, they will do wonders and Ghana will be transformed,” Mr. Osman added.

The group, therefore, urged other NDC members to join the NPP.

MP for the area, Kwaku Asante Boateng, and the NPP executives welcomed the defected members into the party’s fold.

This is not the first NDC to have defected to the governing NPP.

In the Awutu Senya West constituency, over one hundred NDC members also crossed carpets to join the NPP.

In September, a known critic of the Akufo-Addo-led government and an activist of the National Democratic Congress (NDC) in the Asawase Constituency, Murtala Mohammed defected to the NPP.

He pledged to help the party unseat the current NDC Member of Parliament (MP) for the area, Alhaji Mohammed Mubarak Muntaka after the NPP declared its readiness to capture the Asawase seat in the December polls.