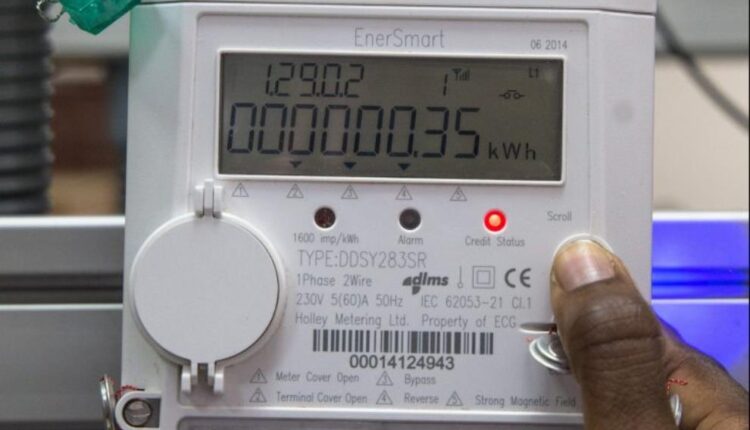 A team of military operatives stationed at the Aflao border in the Volta Region has intercepted a total of 192 units of fake electricity prepaid meters being brought into the country from the Republic of Togo.

The office of the Electricity Company of Ghana (ECG) in the Volta Region told the Ghana News Agency (GNA) that two men were arrested in connection with the smuggling.

A tipoff aided the military officers in uncovering the contraband being loaded unto an intercity commercial bus, and the suspects were handed over to local law enforcement, who extracted that the prepaid meters were destined for Kumasi in the Ashanti Region.

The Police are expected to process them further for court prosecution.

Mr Emmanuel Lumor, General Manager for the ECG in the Volta Region, commended the support of the various security agencies in the Region, and said the arrests gave credibility to intelligence on illegal meter infiltration, which he noted affected stable power supply.

“The Company’s surveillance over the past months has revealed that some people have been making frantic efforts to infiltrate our stable electricity distribution network with illegal meters.

“Our findings revealed that these illegal meters are fake meters being smuggled into the country from Togo by people who have not been licensed under the Public Utilities Act by the Energy Commission to possess or install electricity distribution meters.

“Such people do not have the mandate to import meters and do so illegally to affect the financial health of the company. Their actions are unacceptable and must be condemned by our customers and the public,” the General Manager stated.

He added also that aside being retailed at exorbitant prices, the illegal meters were of inferior quality, and had proven to cause higher electricity consumption.

Mr Lumor said the cost of replacing such units, was unable to bill such customers, which added on more losses.

He also cited damage caused transformers from system infiltration and overload and said the arrest of the suspects was “a step in the right direction to curbing the menace of the importation of fake meters from Togo and other sources.

Mr Lumor said the ECG had enough prepaid meters available and urged all to contact the offices of the Company for all transactions to prevent falling prey to illegal activity.