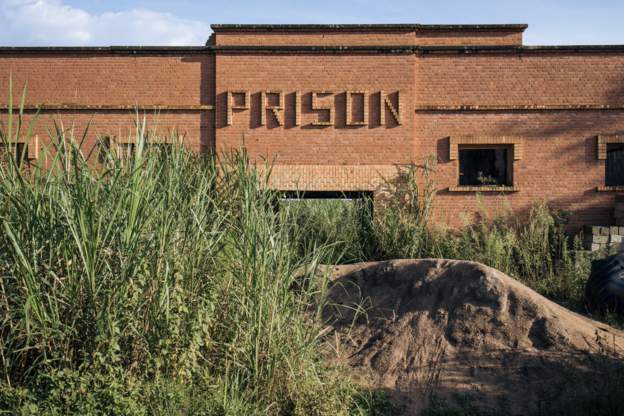 More than 250 inmates of 822 who escaped from a prison in eastern Democratic Republic of Congo have been captured by the security forces, the authorities say.

Security officials on Thursday presented 166 of the inmates in addition to the 86 other fugitives who were said to have been captured earlier with the help of the public.

The armed forces are still hunting for remaining inmates who had been detained at the Kakwanguru central prison in Butembo, before it was stormed by armed men.

The army blames the ADF, an armed group with links to the Islamist State (IS) jihadist group for carrying out the attack. The IS group has admitted it was behind the attack.

Two policemen were killed at the prison and later on local people burnt alive three fugitives believed to be ADF fighters, the authorities said.

Meanwhile, there is still a tense atmosphere over the many other escapees still at large – though many residents have continued with their daily activities with shops reopening.

This is not the first time DR Congo has experienced a mass jailbreak.

In 2017, more than 3,000 inmates escaped from the high-security prison of Makala, in the capital Kinshasa.

Prison structures are old and overcrowding is common throughout the country.