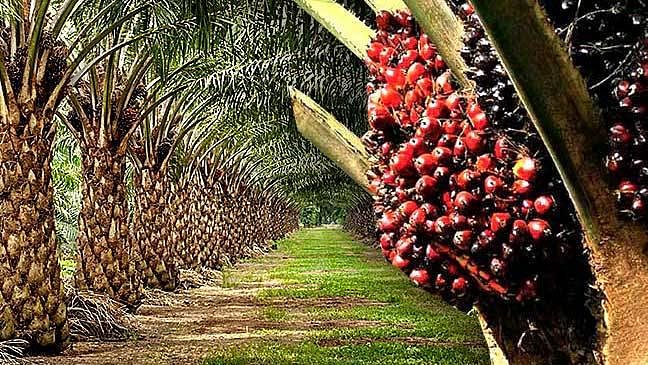 The huge business potential for palm oil requires a capacity-building intervention for players in the oil palm value chain in Ghana, the Oil Palm Development Association, has said.

The Executive Secretary of the association, Selorm Quarme, said the Africa Continental Free Trade Agreement (AfCFTA), presents the opportunity for players to improve the quality of their products in order to remain competitive both in the local and international markets.

The oil palm sector in Ghana is developing extensively, with the current demand for palm oil and derived products much larger than the country can supply.

“If the current production is not increased, the supply gap in Ghana is expected to triple by 2024,” Mr Quarme told theghanareport.com in an interview to discuss the prospects and challenges facing the sector.

The Government and industry players he said have the responsibility to ensure the development of the sector, making sure all industrial activities remain sustainable and as environmentally friendly as possible.

Mr Quarme said local actors must take advantage of the advances in research that generate new technologies and innovations and strategies for the sustainable development of Ghana’s palm oil sector.

“The industry, especially the farmers, need to do more for their oil palm cultivation business despite working with lower acreage to earn a better living, which can be done through the adoption of best management practices. Aside from increasing yields, at the farm level, the palm oil mills also need to evolve machinery and equipment operating conditions because they are dominant factors affecting oil loss and oil extraction rate (OER),” he said,

Mr Quarme highlighted the relevance of the Tree Crop Development Authority, Planting for Export and Rural Development initiative and the Alternative Livelihood Programme, and suggested that the government pays special attention to the sector.

He called on industry players to join OPDAG to support the government’s efforts in developing the sector.

“Aside from members getting the licence to operate per the new policy of the Tree Crop Development Authority, the full database of the Association is at your disposal, where you will be able to network and do business with everyone in the industry. Continued education and development are crucial in our sector, you will be abreast of the latest technology and methodology through our conferences, workshops, and seminars, ” he said.

Palm oil is the world’s most produced and traded edible oil, and its versatility can be seen through its use in a wide range of food and non-food products, which led to the remarkable palm oil consumption growth,

It will be recalled that The President’s nominee for Minister of Environment Science and Technology, Dr Kwaku Afriyie, gave the appointments committee in Parliament his readiness to collaborate with the Ministry of Food and Agriculture to implement a plan.

He mentioned Ghana’s strategy to reverse the importation of approximately $40 million worth of oil palm annually.

Even though Oil Palm is native to West Africa, the leading producers are Malaysia and Indonesia, together accounting for 86% of global production.

Ghana’s import of palm oil has increased in the last decade.

The Food and Agriculture Organisation (FAO) estimates a total of 305 758 hectares of oil palm under production, more than 80 per cent of which is cultivated by private small-scale farmers.

This could be up to $30milllion to $40 million, depending on world prices.

This was after the Ranking Member for the Committee inquired about the failure to acquire enough foreign exchange from the product.

In response, Dr Afriyie pointed out that Ghana has the capacity to increase production “to make up for the deficit”.

However, farmers were too dependent on archaic varieties instead of improved seeds.

While Dr Afriyie believes in improved varieties, the Africa Regional Director of ProForest, Mr Abraham Baffoe, has cited a lack of technical know-how and best management practices to improve production on the part of local smallholder farmers.

He cited examples in oil palm growing areas where local farmers occupy about 80% of the farms.

He believes that the Tree Crops Development Bill, passed in 2019, should address the situation to make Ghana a net exporter of palm.

Among other things, the Bill stipulates establishing a Tree Crops Development Authority as a corporate body.

The institution’s task is to regulate the management, production, processing, and trading of tree crops.

The debate on adopting Genetically Foods Organisms (GMOs) in a country abundant with fertile land has been raging.

For Dr Afriyie, GMOs “are safe”, but he will not be drawn into a discussion of legalization since he does not have all the details to make a definite pronouncement.

He said GMOs were essential in research, and he had also not come across significant mortalities associated with GMOs in countries like the US, where the products are permitted.

The Act will regulate modern biotechnology and its products, including any framework for Genetically Modified Organisms (GMOs).

The National Biosafety Act 2011 and the Plant Breeders Bill has not settled well with anti-GMO groups.

Activists consider genetically modified food as a health hazard, neo-colonialist (in that it hands the power to developed nations), a threat to economic and food sovereignty, and national security.

Increasing the number of researchers in Ghana

Dr Afriyie is advocating the admission of 60% of students for science programmes in tertiary institutions to produce more scientists for the country.

Incentives such as scholarships and improvement in remuneration are high on his list for Ghana to have a large pool of professionals for institutions such as the Council for Scientific and Industrial Research (CSIR).