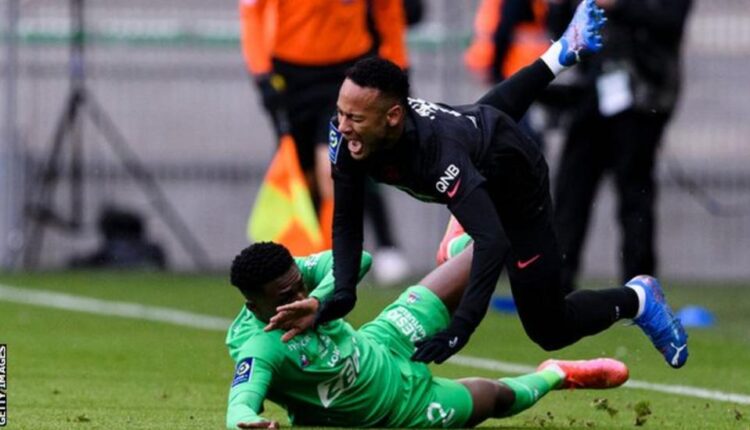 Paris St-Germain forward Neymar will be out for up to eight weeks after suffering ankle ligament damage, the French club have confirmed.

The 29-year-old Brazil international was carried off on a stretcher in the last few minutes of Sunday’s 3-1 away victory at Saint-Etienne.

The club added that a further update would be made in 72 hours.

Domestically, PSG are 12 points clear of second-placed Rennes, while in the Champions League they are guaranteed to finish second in Group A and advance to the last 16.

PSG play Club Bruges at home on 7 December, before the tournament resumes in February.

Ex-Liverpool midfielder Georginio Wijnaldum, 31, is set to return to training this week after missing the game against Saint-Etienne with a knee injury.

However, he is expected to be absent for the home match against Nice on Wednesday.