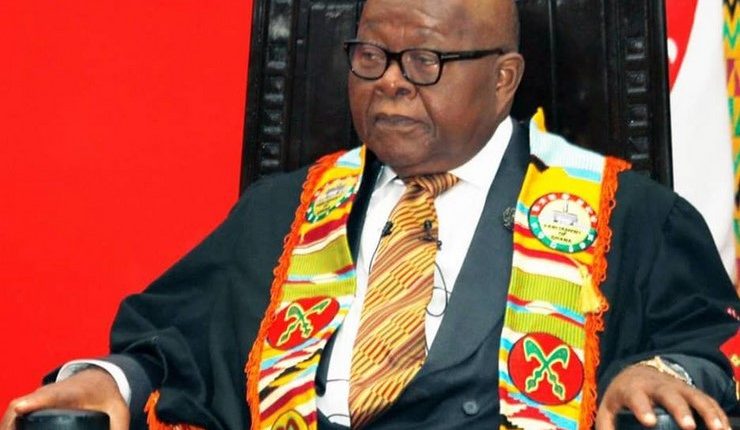 Many things push the Speaker of Parliament to suspend the sitting of the House but a malfunctioning microphone is hardly one of them.

But on Saturday Prof Aaron Mike Ocquaye was compelled to suspend sitting minutes after calling the House to order because the microphones took an early holiday.

With Parliament racing with time ahead of the holidays to endorse or reject the government’s spending for 2020, the Speaker, who expressed concern about the microphone, had to consult the leadership of Parliament to suspend proceedings to allow technicians fix the problem.

The House’s Business Committee has rallied the legislators to work on Saturday and Sunday to push through what remains of the 2020 budget before the House goes on recess.

Speaking on JoyNews  Member of Parliament for Trobu, Moses Anim deplored the development but was optimistic that the challenge will be resolved as soon as possible.

“This morning the system has failed us and they are trying to rectify it and we will go back. A system is a machine. At any material moment, it could fail. This doesn’t happen often but because we are under pressure to use the system it has happened.

“For now, the Finance committee was in a meeting. The other committees will be doing their work while they get the system rectified then we will go back and start work,” Mr Anim said.

He said the house is expected to take three remaining estimates, “that is the Judiciary, the Electoral Commission and other government obligations. Then we will follow it up with the tax bills. That will culminate into putting together the appropriation bill.”

“The Finance Committee will sit on the appropriation bill and bring the report then we will consider it. That will end the proceedings on the estimates and end the entire approval of the budget estimates.”