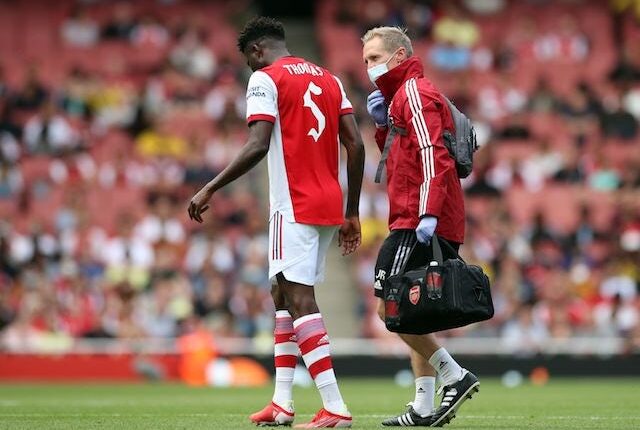 Partey, two others out of Ghana World Cup qualifier against Ethiopia

The Ghana Football Association (GFA) has confirmed three players who earned call ups to the Black Stars ahead of the World Cup qualifier against Ethiopia but were excluded from the trip to South Africa.

According to the GFA, deputy captain Thomas Partey and defender Jonathan Mensah are out due to an injury.

But striker Felix Afena-Gyan who was handed a maiden call up was not released by his club, AS Roma, for the crucial game.

A total of 24 players are expected to travel to Johannesburg, South Africa, on Tuesday, November 9.

Ghana travels to South Africa for matchday 5 Group G fixture against the Walia Ibex of Ethiopia scheduled to be played at the Orlando Stadium on Thursday, November 11, 2021, at 15:00Hrs GMT.

The match is a must-win for the four-time African champions to keep their hopes of qualifying for the world tournament next year in Qatar.

Tuesday’s training at the Accra Sports Stadium saw a total of 21 players, six more than the squad who trained on Monday, November 8.

Already, Montari Kamaheni of Ashdod FC has been invited to replace France-based left-back Gideon Mensah, who is out due to injury as well.

The team will return to Ghana after playing Ethiopia and host the current group leaders, South Africa, in the final group match.