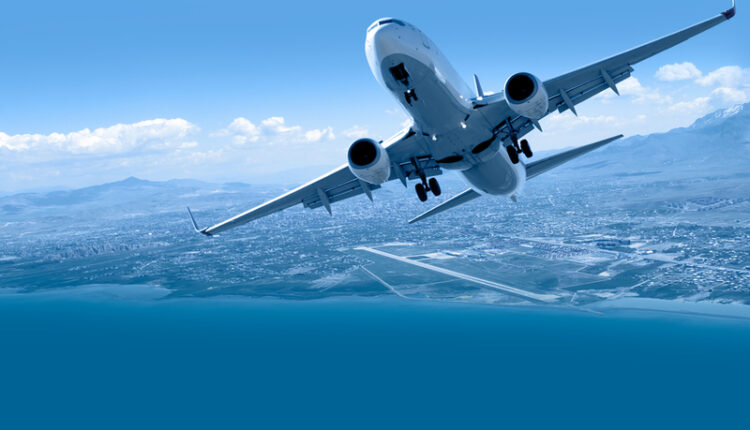 Prices of local airline tickets have shot up by between 15 and 20 percent, prompting recession fears among local operators following “a gradual drop” in patronage.

The new prices, which took effect from July 08, 2022, was in response to a rise in operational cost occasioned by the depreciation of the Cedi against the Dollar, and increment in aviation fuel prices, the Ghana News Agency has gathered.

Domestic airline operators said their cost of operation had doubled since the beginning of the year and that an upward adjustment in airfares was necessary to sustain their businesses.

The Cedi has depreciated by about 28 per cent since the beginning of the year, whiles prices of aviation fuel have more than doubled since January this year.

According to industry players, Jet A-1 (one of the most commonly used fuels for commercial aviation), which was trading at an average $0.6 per litre, had shot up to an average $1.2130 (ex-refinery price) as of July 31, 2022.

The domestic airline operators claimed they initially resisted the appetite to adjust their airfares for fear that patronage would plummet.

Under the new pricing regime, passengers booking a one-way trip to Kumasi could pay as high as GHS 689 (depending on the airline and the time) while a round trip now costs about GHS 1,300.

A one-way trip from Accra to Tamale now costs an average GHS 642 while a round trip cost nearly GHS1, 400.

A fuel surcharge of between GHS 50 to GHS 100, depending on the airline, is embedded in the total price build up; the fee was introduced in March this year to cushion the airlines over the rising cost of aviation fuel.

In an interview with some passengers, they expressed worry about the development, saying the increments would compel them to resort to road transport.

Some of the passengers said they would continue to travel by air to save time and for safety purposes, adding that they would travel “only when it is extremely necessary.”

“Last month, I paid GHS 449 from Accra to Kumasi. Barely two weeks later, I wanted to book for a return trip and the least I got was GHS 689.

“The increment was sudden. At least they should have advertised ahead of time, so we plan accordingly,” a regular passenger, who spoke on condition of anonymity, said.

In an interview with the GNA, Mr Duncan Sambu, the Chief Operating Officer, PassionAir, said there had been a gradual drop in the patronage of its services since the introduction of the new fares weeks ago.

He said the increment was necessary as local operators were strained by the rising cost of aviation fuel and the depreciation of the Cedi.

Mr Sambu said although the cost of aviation fuel declined last month (about $0.02 per litre in the second half of July), the decrement was insignificant.

He added that: “We can see the numbers in terms of patronage have reduced because a lot of people don’t have that purchasing power.”

Mr Sambu said a downward adjustment of their prices “is not immediate,” as projections suggest that the Cedi may depreciate further in the coming weeks.

“We are still monitoring, and once things start getting better, we will look at our prices again,” he said.

US to give 2.5million dollars development support to farmers— Ambassador…