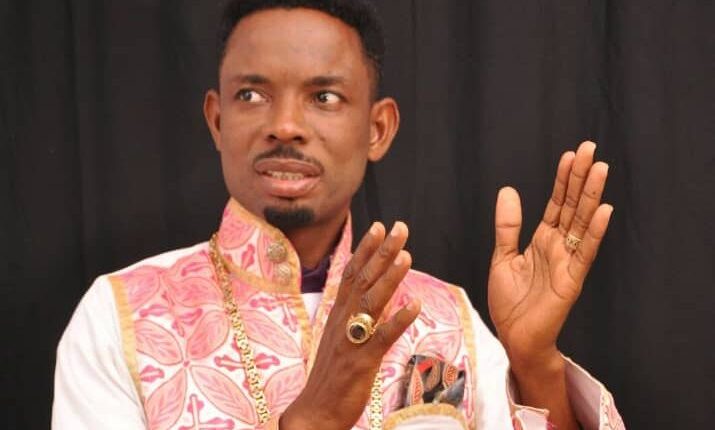 The pastor who prophesied the death of dancehall artiste, Bishop Stephen Kwesi Appiah, has been denied bail by an Accra Circuit Court.

The Christian preacher, popularly known as Jesus Ahuofe of the New Life Kingdom Chapel, has been slapped with causing fear and panic.

He pleaded not guilty to the charge when he appeared before the court presided over by Ellen Offei Aryeh on Thursday, October 21.

Counsel for the accused Martin Kpebu who moved his bail application said his client was unwell. He, however, failed to provide a medical report to support his claim.

In his plea for bail, he added that his client’s offence does not warrant detention in police custody beyond 48 hours.

“This offence is a misdemeanor so there is no reason to keep him in custody as is being done at this stage. He is a good candidate for bail at this stage and do not need to exhaust all 48 hours. What is the possibility that a whole Bishop will flee Ghana if granted bail?

“He has very strong social and economic ties in Ghana so he is well-rooted. He has employees numbering over ten. He is an opinion leader so there is no risk that an overseer will flee Ghana and not stand trial. I really do not see the reason for keeping him in custody,” he argued.

The prosecution, however, opposed the bail application, insisting that the team was still investigating.

The accused has since been remanded into police custody, to reappear on Monday, October 25, 2021.

Meanwhile, the dancehall artiste Shatta Wale and his three accomplices have also been remanded by the Accra Circuit Court 4.

Shatta pleaded not guilty to the count of publication of false news that caused fear and panic in the public domain.

Three others who appeared in court with him Kojo Owusu Koranteng, Shatta’s personal assistant, Eric Vanetor, a graphic designer and Iddrisu Yussif, a beautician, were charged for abetment of criminal publication of false news.

Police said preliminary investigations revealed that the widely reported gunshot attack on Shatta Wale on Monday, October 18, was a hoax.

Shatta Wale and his accomplices are to re-appear on October 26 this year.