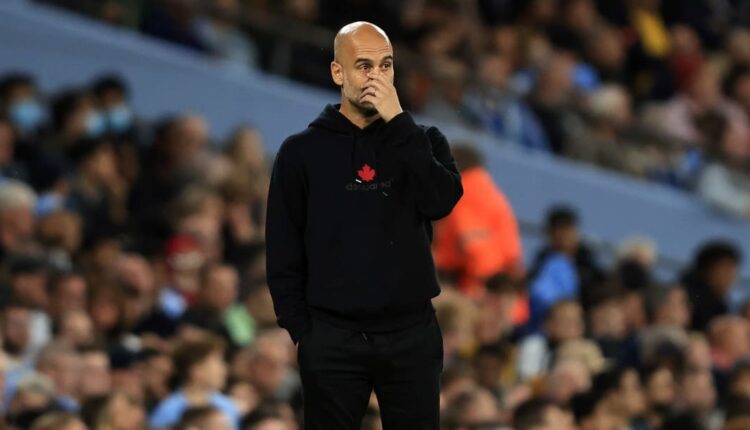 Pep Guardiola has refused to apologise for criticising the lack of fans in attendance at Manchester City’s Champions League game against RB Leipzig on Wednesday.

City won the match 6-3 but after the final whistle Guardiola called on ‘more people’ to show up for his side’s meeting with Southampton on Saturday. His comments attracted criticism from the Cityzens’ supporters club, who told him to stick to coaching.

Asked whether he regretted his comments before the Saints games, Guardiola doubled down by saying: “An interpretation is an interpretation. I am not going to apologise for what I said. It’s not the first time I said in my career – I said it at Barcelona and Bayern.

“When we played a tough game like Leipzig and play three games later (against Southampton) I know how difficult it is, to ask for us all to do it again on Saturday again.

“I am entirely grateful for the support that we had against Leipzig, away, at home. I always say if guys want to come we will be incredibly grateful because I know how difficult the game will be and I know we need our people. I never sit here and ask why people don’t come? If you don’t come then don’t. I will not apologise.”

Guardiola then insisted that he was fully aware of City’s history, saying that he did not want his side to resemble rivals Liverpool and Manchester United.

“I have learned that they were in the lower divisions and fans travelled to watch them. I don’t want to be like United, Liverpool, Bayern, Barcelona, Madrid. We are who we are. People put words in my mouth. I don’t have a problem with fans, if I did I would stand aside.

“It was an incredibly tough game against Leipzig, I saw how difficult it was for my team in the dressing room and I know Southampton will be tough, so I asked the people to come to help them.

“But these guys don’t understand my comments. I am here to defend what I said. When I make mistakes I will apologise but I will not apologise for what I said. I know who we are. I like the fans that we have.”

City go into their game against Southampton having not lost to Ralph Hasenhuttl’s side at the Etihad for 17 years; a Kevin Phillips brace and James Beattie goal firing the Saints to a 3-1 win in 2004.