Division One League side, Phar Rangers have withdrawn from all organised competitions of the Ghana FA with immediate effect.

The club in a release on Monday, June 7, announced its decision to halt its participation in the Nations Division One League Zone 3 and the FA Cup.

The statement read: “The management and Directors of Phar Rangers have resolved to withdraw from all GFA competitions including Division One Zone 3 League and the FA Cup with immediate effect”.

According to a report, the club’s decision is a result of an alleged deliberate attempt by the Ghana FA to frustrate the club.

Phar Rangers currently sit 14th on the Division One Zone 3 league table with 21 points and recently advanced to the Round of 32 of the MTN FA Cup after defeating  Dreams FC on penalties after the match ended in a 2-2 draw.

The GFA has confirmed receiving the letter by the club and says it will accordingly activate the appropriate provisions in the GFA Rules & Regulations relating to the matter. 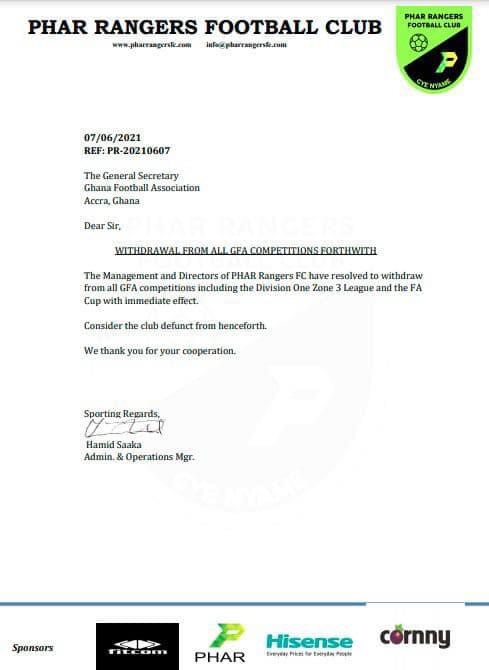