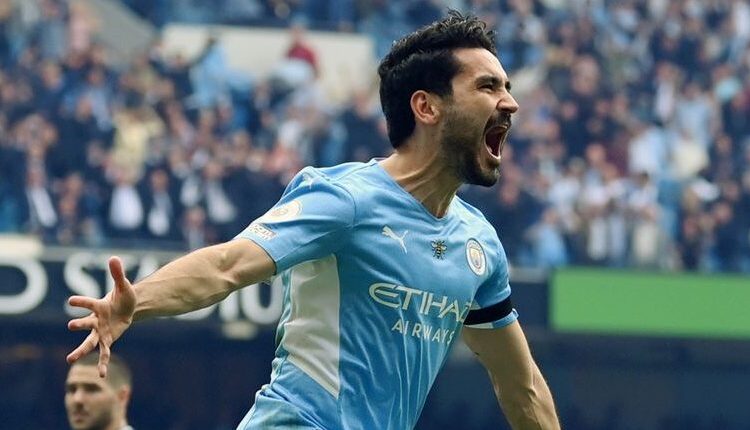 Manchester City are champions again after a thrilling come from behind victory over Aston Villa.

Their closest challengers, Liverpool, won 3-1 against Aston Villa at home, meaning City won the title by a solitary point.

City were 2-0 down after goals from Matty Cash and Philippe Coutinho, but roared back in the final 15 minutes of the game.

Ilkay Gundogan headed past Robin Olsen in the 76th minute to pull one back, with the Swedish keeper then failing to keep out Rodri’s driven strike two minutes later.

They added a third in the 81st minute, completing a seven minute turnaround, as Gundogan tapped home a brilliant pass from Kevin De Bruyne to send the Etihad wild as Anfield fell silent.

Their late rally meant that Liverpool’s own comeback ultimately counted for nothing.