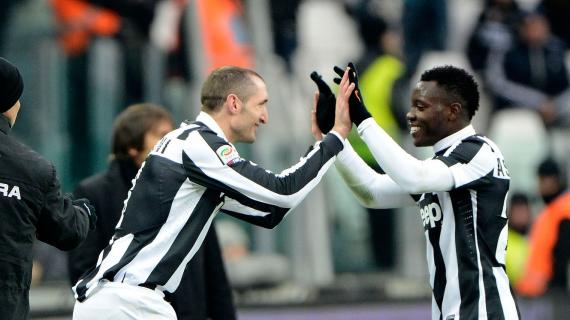 Playing with you was a privilege – Asamoah pays tribute to Chiellini

The Italian defender leaves the Serie A giants at the end of the season after a 17-year stint with the club.

The latest football star to applaud the Italian was Kwadwo Asamoah, who shared the dressing room with Chiellini for six years at Juventus.

Asamoah has hailed the Euro 2020 winner for helping him to develop.

“It was a privilege, Giorgio, to play with you; one of the best players and a great person. You have helped me become a better player, and I had confidence by your side every time! I wish you the best for the future!,”  Asamoah wrote on Twitter.

Kwadwo Asamoah, who played for Juventus between 2012 to 2018, is currently without a club after leaving Cagliari.

He won several accolades with Juventus, including the Scudetto and the Coppa Italia.