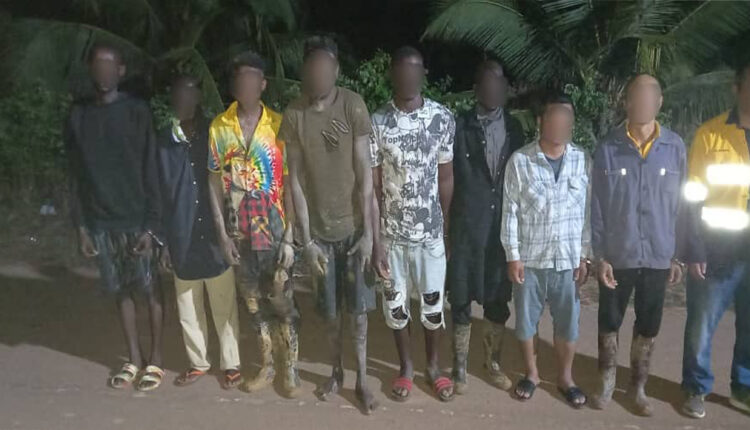 The Ghana Police Service, in its anti-galamsey operations, have arrested nine more suspects and retrieved three excavators and three pump action guns in the Western Region.

This makes it the third batch of arrests made in three days in the region regarding galamsey operators.

On Wednesday, 7 August, the District Chief Executive(DCE) of Ellembelle, Mr. Kwasi Bonzo, was arrested with three others for obstructing police operations at Axim Junction.

Again on Thursday, 8 September, the police arrested five Chinese nationals suspected to be behind some missing excavators in Ellembelle.

In a social media post, the police stated that the latest arrest was carried out in the wee hours of 9 September 2022.

The suspects are said to be made up of three Chinese and six Ghanaians.

The Police, in the wee hours of 9th September, 2022 arrested nine more suspects and retrieved three excavators and three pump action guns in another anti-galamsey operation in the Western Region.