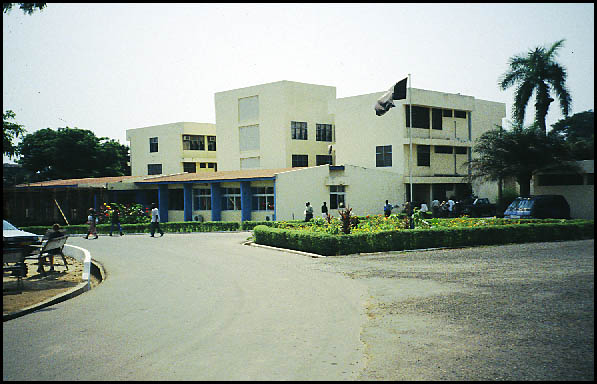 The Ghana Police Hospital in Accra has announced that its Emergency Unit, Out Patients Department and Children’s Department will be closed to the public from November 1 to November 4.

That, the hospital said, was to allow for the units mentioned to undergo fumigation as part of a yearly routine that would be undertaken to enable the hospital to maintain its quality service to patients.

The Head of Public Affairs of the Police Hospital, Deputy Superintendent of Police (DSP) Mr Yaw Nketiah-Yeboah, explained that the units had to be shut down because of the impact the chemicals used in the fumigation exercise might have on both patients and the public.

DSP Nketiah-Yeboah said the exercise would take place on Friday, November 1 and Saturday, November 2, but the units would remain closed until November 4 to allow the fumigant to completely evaporate before it was reopened to the public.

“Because people could react adversely to the chemicals in the fumigant or be allergic to it, we have to completely close down the OPD, the Emergency Unit and the Children’s or Paediatric Unit and also the Administration Unit, which are all on the same block,” he said.

He said the fumigation exercise was intended to rid the hospital of mosquitoes and rodents and safeguard patients’ health.

“The hospital is situated close to a big drain and the rains have created a conducive environment for mosquitoes and rodents. We don’t want our patients to return home with ailments like malaria.

DSP Nketiah-Yeboah also said during the period of closure, all emergency medical cases would be referred to other facilities in the region.