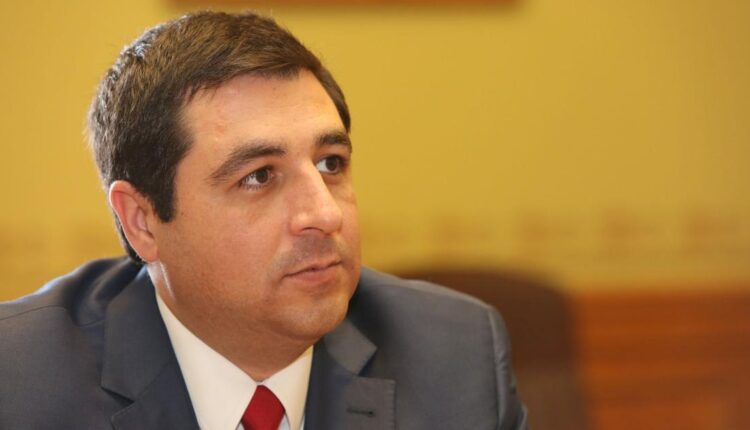 Wisconsin’s attorney general has named the officer who shot a black man on Sunday, sparking days of demonstrations.

Josh Kaul told reporters on Wednesday that Rusten Sheskey shot Jacob Blake seven times in the back as he opened the door of his car.

Officers found a knife in Mr Blake’s car, he added, but no other weapons.

The shooting has sparked a wave of protests in recent days, some of which have turned violent.

A 17-year-old was arrested on Wednesday after two people were killed and another injured amid unrest on Tuesday night.

Mr Blake is recovering in hospital and is conscious, but his lawyers fear it will take a “miracle” for him to walk again.

Tweeting that they were to combat “looting, arson, violence, and lawlessness on American streets”.

The Department of Justice has opened a federal investigation into the shooting. It has sent more than 200 FBI agents and US Marshals to the city, according to a spokeswoman.

Protests have also spread to a number of other US cities, including Portland, Oregon and in Minneapolis, Minnesota, where the police killing of unarmed black man George Floyd in May sparked Black Lives Matter protests across the US and globally.

What did the attorney general say?

On Wednesday, Mr Kaul updated reporters on the ongoing investigation into the shooting.

Officers were called to an address on Sunday evening after a woman reported “her boyfriend was present and was not supposed to be on the premises”.

Lawyers for Mr Blake have said he had been trying to “de-escalate a domestic incident” when police drew their weapons.

While there they tried to arrest Mr Blake, initially using a taser against him. After Mr Blake opened his car door, Officer Rusten Sheskey – who has been in the Kenosha Police Department for seven years – fired seven shots into Mr Blake’s back.

“No other officer fired their weapon,” Mr Kaul said.

Mr Blake has since told investigators that he had a knife in his possession, and Mr Kaul said officers “recovered a knife from the driver’s side floorboard” of his car. They found no other weapon in the vehicle.

He said that there are some people “involved in destructive activity who are not from the city of Kenosha or not from the state of Wisconsin”.

“All they are doing is creating chaos,” he said, adding that the people of Kenosha “deserve to have the opportunity to grieve, protest peacefully [and] call for the change they want to see.”

What happened on Tuesday?

There have been days of demonstrations and unrest after Mr Blake’s shooting.

On Tuesday, a small group threw fireworks and water bottles at police in Kenosha, who responded with rubber bullets and tear gas.

A spokesman for the Wisconsin Professional Police Association told the BBC individuals and groups were exercising their own form of vigilantism because law enforcement was spread very thin across the city.

On social media, footage showed a man with a rifle being chased by a crowd before he fell to the ground and appeared to fire at them. Other videos show armed civilians, many dressed in military fatigues, congregating outside businesses they said they were protecting.

At a news conference on Wednesday, Kenosha Police Chief Daniel Miskinis confirmed that a 17-year-old from Antioch, Illinois, had been arrested over the deaths of a 26- and 36-year-old during Tuesday’s protests. The injured individual is also 26 years of age, and is expected to recover, he said.

The teenager, named as Kyle Rittenhouse, has been held on suspicion of first-degree murder.

An overnight curfew is in place in the city from 19:00 – 07:00, lasting until Sunday. Community leaders have urged people to respect the curfew.