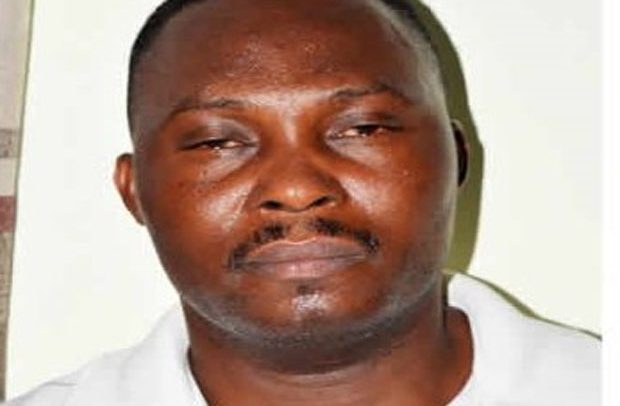 A Circuit Court has slapped a police officer with a 40-year jail term for armed robbery at Somanya in the Eastern Region.

Corporal Ghasty Yaaya Seidu, a 37-year-old cop stationed at Akuse, was sentenced to 20 years each for conspiracy to commit robbery and robbery.

Presiding over the case, Her Honour, Mercy Addai Kotei, said the jail term would run simultaneously as she delivered the judgement.

The cop allegedly committed the robbery on March 26, 2018, and was arrested after a tip-off on April 26, 2018, in Akosombo. Another suspect, Seth Kpornyo, was also arrested in Somanya on the same day.

Assistant State Attorney, Dickson Donkor, who was the prosecutor of the case, told the court that the alleged robbers attacked and wounded the security man, Kudjo Akakpo, at the Okwenya Shell Fuel Station. 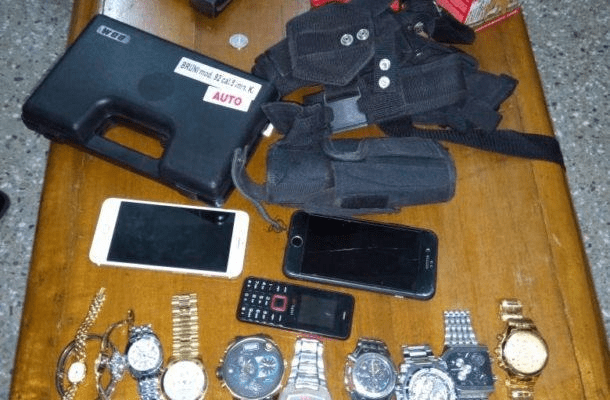 They were alleged to have tied the security man on duty, beat him and locked him in a room.

After the matter was reported to the police, the suspect’s abode was searched. Several items were retrieved including; a pair of handcuffs; a bayonet; a Bruni Pistol mode 92; two cartridges; three 1.8mm ammunition; a knife, an axe; 10 wristwatches and pepper spray.

Subsequently, he was arraigned before the court in Koforidua over his involvement in the crime and found guilty.

The other suspect, Kpornyo, was acquitted and discharged for lack of evidence.