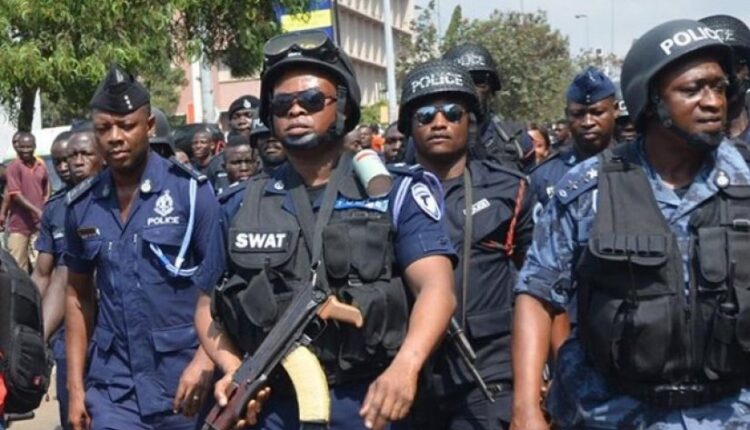 Police on manhunt for robbers who attacked MoMo vendor

The Savannah Police Command is on a search for suspected armed robbers who attacked a Mobile Money vendor on Thursday, 9 December 2021 at Sawla, in the Savannah Region.

The police, in a statement, said the suspects made away with an unspecified amount of money and some mobile phones.

The robbery incident also led to the death of two persons.

“The preliminary inquiry into the attack established that the four suspected armed robbers came on two unregistered Aloba motorbikes to Boresah Ventures and robbed the shop attendant of an unspecified amount of money together with some mobile phones and bolted.

“While the Police were responding to the robbery scene, the youth who witnessed the dastardly act pursued the armed robbers to get them arrested but were shot at in the process, leading to the death of two,” the statement explained.

A team has since been deployed to patrol the area and track down the suspects.

“The Anti-Robbery taskforce has been deployed to the Sawla community and its adjoining enclaves following the attack to track down and arrest the suspects and prosecute them for their crimes.”

While urging the affected community to remain calm, the police added that it would appreciate if the public “volunteer any relevant information that will lead to the arrest of the suspects”.

Three suspects were arrested in connection with a robbery incident that occurred at a mobile money shop at Nasia in the North East Region.

The suspects Wahab Yakubu, 28; Fuseini Yakubu, 25; and Imoro Mohammed, 22; allegedly attacked and robbed the vendor Ibrahim Abubakari at gunpoint and bolted with GHC25,000 on Wednesday, July 28 at about 6:30 pm.

A 30-year-old mobile money vendor was shot dead at Kyobariyiri in the Jirapa municipality of the Upper West Region by armed men who attacked and robbed him on his way home from work.

A mobile money vendor was allegedly killed by his friend at Gomoa Nyanyano in the Central region.