The Director-General of the Criminal Investigations Department (CID), Maame Yaa Tiwaa Addo-Danquah, has been reassigned by the Inspector General of Police, James Oppong-Boanuh.

She is to serve as the Director-General in-charge of Welfare at the Ghana Police Service.

The reassignment comes after much public outcry demanding the removal of the CID boss following the controversies surrounding the Takoradi missing girls.

Many raised concerns about the way and manner the Takoradi missing girls case was handled.

CID boss Tiwaa’s reassignment was announced in a release signed by the IGP on Friday, January 3, 2020 and is to take effect on January 15, 2020.

She was reassigned together with 23 other top officials of the service.

The shake-up also affected DCOP David Senanu Eklu, who will be serving as the Director-General at the Police Hospital.

This happens to be the first reshuffle within the police service since James Oppong-Boanuh took over as IGP in 2019.

Police Commanders within the various regions were also reassigned in the latest reshuffle.

Below is the full release from the Police Command 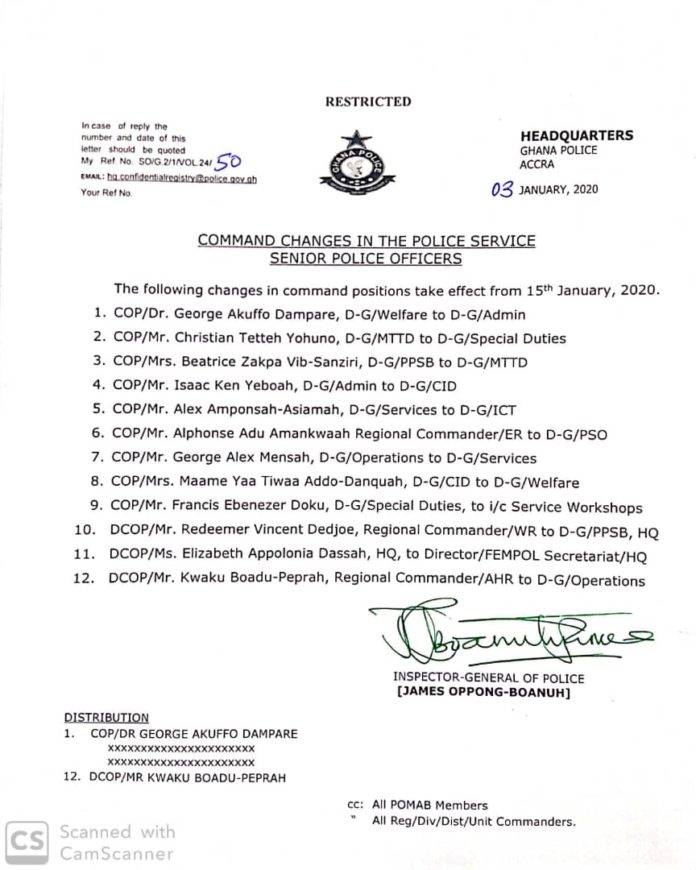 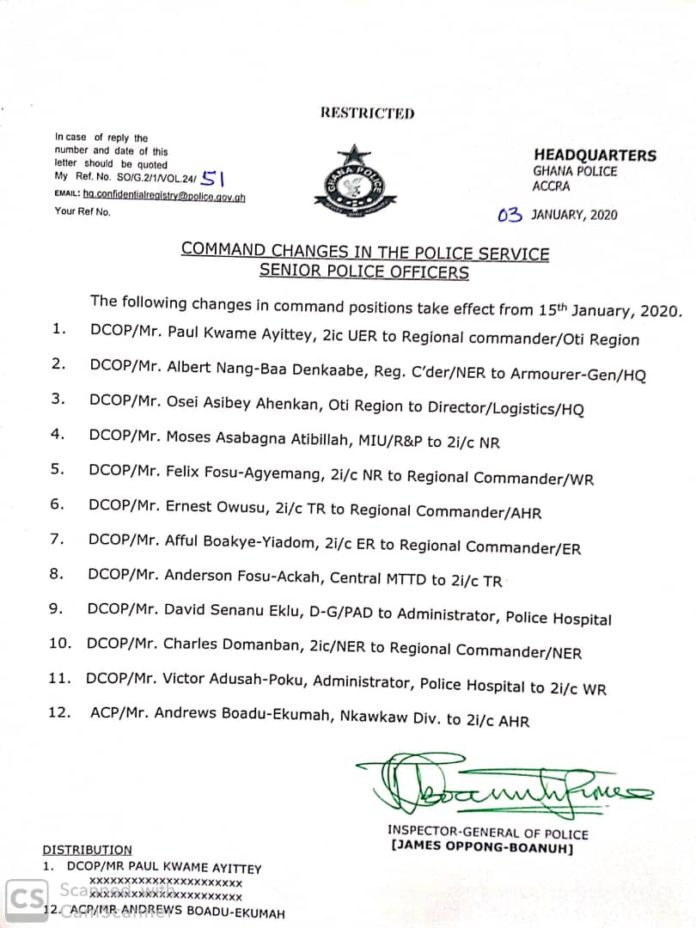