The police administration has apologised to journalists who were assaulted by some members of the Glorious Word Power Ministries International who had accompanied their head pastor, Reverend Isaac Owusu Bempah, to court on Monday, September 13, 2021.

A statement signed by the Acting Director-General of Public Affairs ACP Kwesi Ofori, assured that a team is currently studying the footage of the alleged assault and would ensure the perpetrators are identified for immediate prosecution.

“It has come to the attention of the Police Administration that yesterday, Monday, September 13, some journalists were prevented from entering the courtroom during the arraignment of the Head Pastor of the Glorious Word Power Ministries International, Reverend Isaac Owusu Bempah and three others.

“It has also been reported that some journalists were attacked and prevented from working at the court premises by some persons believed to be church members and supporters of the above-accused persons,” it noted.

The service assured that the situation will not repeat itself.

“We apologise unreservedly for this inconvenience and wish to give the assurance that journalists will be fully protected and allowed to do their work at all times, including the subsequent coverage of this case.

“We will continue to do everything possible to deepen the cordial Police-Media relationship,” it added.

Earlier clash with the media by church members 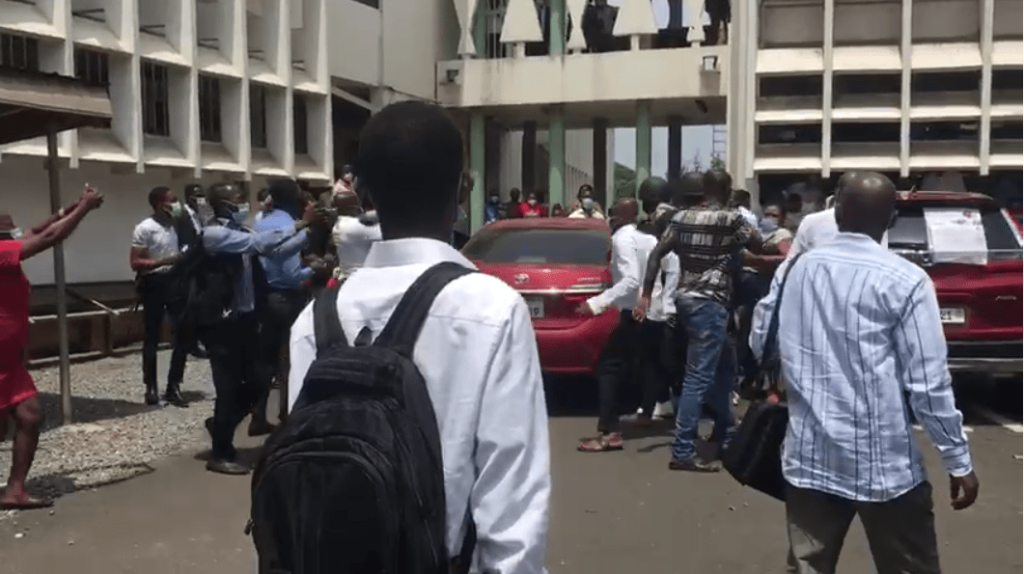 Reverend Owusu Bempah is said to have arrived at the court premises a little after 11 am on Monday.

The accused persons were accompanied by some loyal church members who reportedly clashed with journalists gathered at the court entrance.

The irate church faithful did not want journalists taking pictures of them, so formed a barricade, hurling unprintable words at the journalists who had gathered to report on happenings in court.

Police officers at the premises subsequently denied most of the journalists access into the courtroom, even after journalists presented their identification cards bearing their names and the media houses they work for.

Also, some sympathisers reportedly poured water on the journalists, others had their mobile phones and cameras smashed for taking videos of the accused persons.

Meanwhile, the ‘prophetic’ head pastor is still in police custody after he was remanded by the Accra Circuit Court.