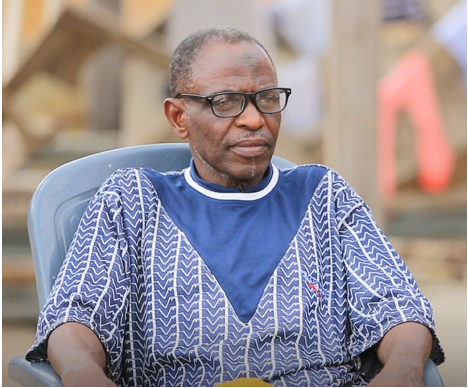 The Ghana Football Association has been in talks with some Europe-based players including Chelsea’s Callum Hudson-Odoi, Eddie Nketiah and others ahead of the 2022 World Cup in Qatar later this year.

But the 1978 Africa Cup of Nations winner has insisted they have to also participate in the AFCON qualifiers if they are eligible to play.

“We have to invite those players to play in AFCON qualifiers and see how they can fit into the system. In football, anything can happen, one can start for the other to end it. It is not about who played the qualifiers, it is about getting a solid team for the World Cup tournament” he said.

Ghana will begin their AFCON 2023 qualifiers against Madagascar on June 1 before traveling to face Central Africa Republic on June 5.

Meanwhile, the Black Stars have been drawn in Group H of the World Cup along with European giants Portugal, Uruguay and South Korea.

Ghana are making their 4th appearance at the World Cup after participating in the 2006, 2010 and 2014 editions will open this year’s edition against Portugal on November 24.

They will face South Korea in the second group game on November 28 before taking on Uruguay in the last round four days later.