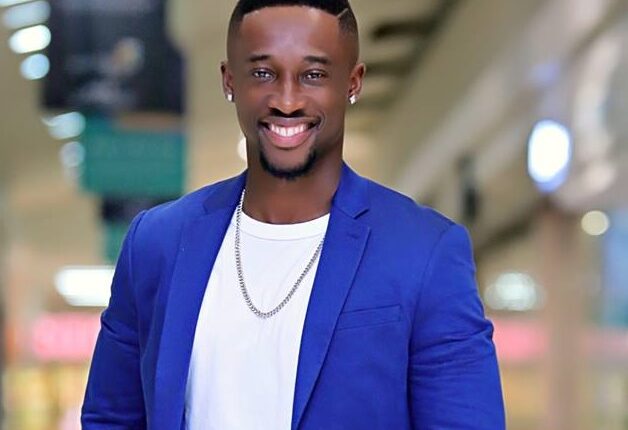 Actor and stage producer/director Fiifi Coleman is not happy about how graduates from the various performing arts institutions struggle in the country after school.

To him, successive governments have not done enough to “cushion” these graduates as done for other professionals such as teachers, doctors, and nurses, among others.

Speaking on some of the challenges of theatre, Fiifi Coleman said many people in the sector have been struggling after school since the system has failed to provide a conducive environment to make financial gains out of their talent.

“Let’s start by going to school and making education attractive for those who want to study performing arts. What has been done so far in this country to support or promote the idea that if you send your child to a creative arts school, it’s a good thing and not that your child will become a ‘concert person’ who will not have any meaningful life; that you are just a joke?

“Even the idea of theatre being a tool for training and propagating information is hardly regarded because choosing theatre may perhaps bring everything against you.

“Many students graduate from our universities— Winneba, CapeCoast, Kwame Nkrumah University of Science and Technology(KNUST), and University of Ghana, Legon, yearly, but have no place to put the acquired knowledge to good use.

“We have teachers, doctors, and nurses being posted to places after school, but the same cannot be said for graduates from the performing arts institutions across the country. You are just on your own after school,” he said.

According to Fiifi Coleman, many people like himself are producing theatre for the passion of it. He mentioned that it is frustrating, particularly when designated institutions such as the National Theatre that should be committed to the promotion of theatre were not living up to the mandate.

“In Ghana, there are no theatres that give people like myself the platform to exhibit our work. The National Theatre is perhaps the only place, but even with that, how well is it serving those in the sector?

“Young people who are into theatre production have to raise about GHC30,000, which is even the cheapest for a production. When you are lucky, the National Theatre will partner you, but even that doesn’t reduce your financial burden.”

“This is because, in such partnerships, you provide everything including sound and light. So what is the essence of the partnership when the contribution of the other party is virtually non-existent.”

“In situations where there is no partnership, one needs to pay as much as GHC15,000 to rent the auditorium to stage a play. How many young people can afford this?” he stated.

Fiifi Coleman, who showed his latest play, Caution! Women at Work, at the National Theatre last month, believe one thing the country has failed to do is export theatre as a cultural asset.

“Theatre is a product that can be exported and Ghana should be able to do that just as it’s happening in other African countries.

“If we are able to bring Umoja from South Africa to Ghana to exhibit their culture, then we should also have a theatre product that South Africans would also line up to watch.

“This is where Ghana is lacking to fully exploit the cultural advantages of promoting our culture. We have the talents, but the poor systems and lack of support are pushing many people out of the theatre, which is very discouraging,” Fiifi Coleman said.

Fiifi Coleman doesn’t do only theatre, he is also known for his roles in movies including Adam’s Apple, Pieces of Me, Most Beautiful Hour, 95, Family Values, and Drops of Happiness.

That is not all. He is also a model who has worked with various brands such as Abrantie The Gentleman and done commercials for Carelife Liquid Soap.

Despite making progress in other endeavors, Fiifi Coleman disclosed that his love and strong passion for theatre always push him back on stage.

“Passion is just what is keeping some of us going, and the likes of me are fortunate to have the support of family and friends who invest in what we believe in. That notwithstanding, I think a lot has to be done by the government to give hope to us—theatre players.”

“I couldn’t even break with my last production; it was just a huge financial loss.

How many people have the confidence to watch their investment go down the drain?

“But that is what players in the theatre sector are enduring, and that should never be the case, considering the pivotal role theatre plays in a society’s development,” he added.