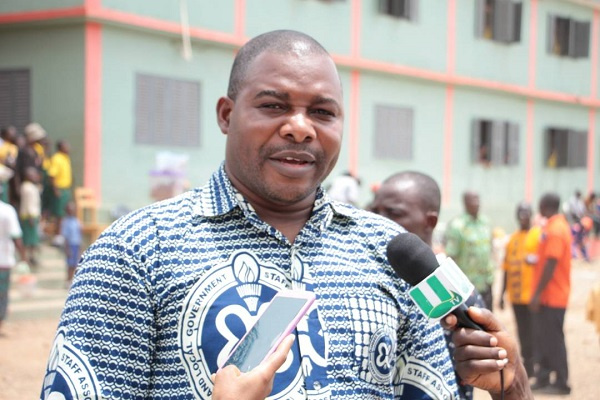 Mr Elijah Adansi-Bonah, the Obuasi Municipal Chief Executive (DCE), said the redevelopment of AngloGold Ashanti and the establishment of a Kwame Nkrumah University of Science and Technology campus at Obuasi have increased population growth in the municipality.

That had also brought excessive pressure on social amenities there, bringing to the fore the need to step up the development pace to respond to the increasing population demands, he said.

Mr Adansi-Bonah was speaking at a town hall meeting by the Assembly in line with deepening the decentralisation concept and strengthening social accountability to the people.

The Assembly showcased its major achievements in 2017 and received feedback from the people to input into its short and long-term development plans.

“We have already constructed major drains this year through funds from the Ghana Secondary Cities Support Programme but due to pressure on social amenities here, we want to be proactive by committing more resources to build more drains to prevent flooding,” the DCE said.

On security, Mr Adansi-Bonah said the Municipal Security Council had put in measures to prevent communal violence, which had dented the image of Obuasi.

Mr Kwaku Agyemang Kwarteng, the Member of Parliament for Obuasi West, said plans to establish a technical university in the municipality were on course.

The government had started a lot of projects to positively impact the lives of the people upon completion, he said and called for support for the government to transform the area.

The MP expressed concern over recent happenings in the Ashanti Gold Football Club, which had served as a source of recreation for the people of Obuasi and its environs for more than four decades.

He said his office was engaging the Municipal Assembly and management of the Club to see how best to restore its past glory.

Mr Joseph Asibi Bashir, the Municipal Planning officer, said the Assembly, since 2017, had made key investments in education, health and road infrastructure, notable among those being the fixing of Obuasi town roads and the one to Anwiankwanta.

Ms Edna Vivian Arko, the Municipal Budget Analyst, announced that there would not be any significant increase in fees and rates next year, considering the current economic situation in the country.

We can’t pay compensation to customers – ECG to PURC