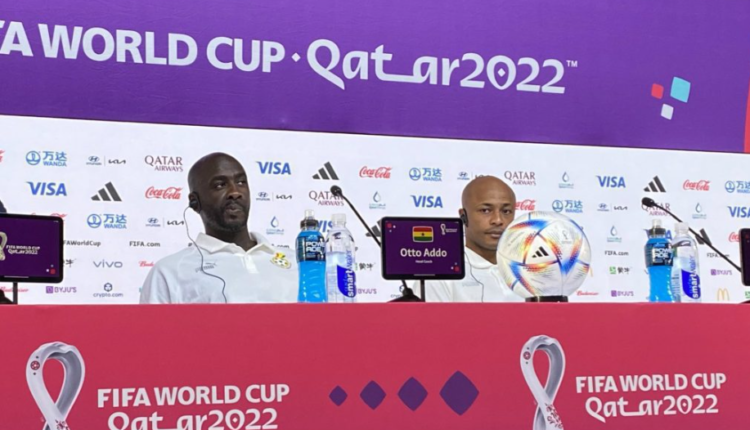 According to him, the stars will do everything possible to get a positive result in that game to enhance their chances of progressing to the next round despite going into the game as the least favourite.

The 32-year-old, who is making his third appearance at the global showpiece, said he is aware Portugal is a favourite on paper but firmly believes the current Black Stars team has put in work and is ready to compete against the best.

“We all know that if we are going to get into this game Portugal are the ones who are favourites on paper.

“But after, we have to show that on paper is not what will happen on the pitch so we are ready.

“We are ready and we know we are playing a big side who were European champions some years back who have top players.

But we believe in ourselves and we know what is ahead of us and we are going to do everything to make it difficult for them,’” he stated at the pre-game conference.

Both teams are heading into tomorrow’s game with a positive spirit after recording wins in their last friendly matches. Ghana recorded an impressive 2 – 0 win over Switzerland, while Portugal humiliated Nigeria 4 – 0.

The last time the two teams met competitively was in the 2014 World Cup in Brazil which the Stars suffered a 2 – 1 defeat to Portugal.