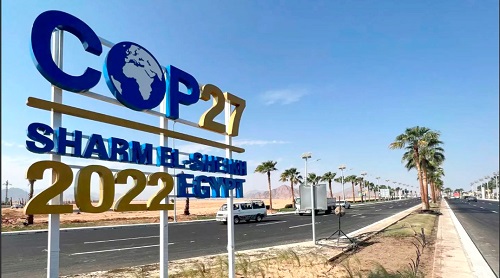 I first heard of the Egyptian resort of Sharm el-Sheikh back in 2005 following a terrorist attack there in July of that year by way of a car bomb, resulting in the deaths of at least 88 people, with 200 injured.

I was living in the United Kingdom (UK) at the time and what particularly etched the resort in my mind was a friend’s decision to take a holiday there right after the attack.

I honestly thought he was mad. But he coolly explained to me that with the steep drop in flight fares and hotel prices and the stepping up of security at Sharm el-Sheikh, this was the best time to get a bargain and be assured of top-notch security because terrorists usually do not strike twice in a row and so quickly after their first attack at a particular location.

Of course, that made sense but the rational part of me was not operational. For me, it was akin to straying into a lion’s den, even if the lions had been rendered toothless and clawless. It felt queasy.

When he came back alive and raved about how he had had a great time at top-notch facilities there for knockdown prices, I bit myself for not taking that step. Sharm el-Sheikh has been on my bucket list since then, along with a visit to the Egyptian pyramids and a cruise down the Nile.

Before you get swayed by the title of this week’s article and assume I have been ticking off items on my bucket list over the past couple of weeks, let me issue a quick disclaimer – I was not in Sharm el-Sheikh for the just-ended COP27 global climate conference. I have been nicely tucked away in Kwabenya, Accra, enjoying the local sights and feeding eagerly on my work colleagues’ reports from the conference since the issues raised directly impact the energy sector, among others.

The 27th Conference of the Parties to the United Nations Framework Convention on Climate Change (UNFCCC) is what has been referred to as COP27. Last year, COP26 took place in Glasgow, UK.

COP meetings primarily revolve around negotiations and debates. The aim is to review progress towards the overall goal of the UNFCCC to limit climate change.

This makes its deliberations a global matter since climate change respects no borders and is a big issue across the globe.

From November 6 to 20, COP27 held high-level and side events, key negotiations and press conferences, hosting more than 100 heads of state and government, over 35,000 participants and numerous pavilions showcasing climate action around the world and across different sectors.

On the sidelines of the conference, President Nana Addo Dankwa Akufo-Addo presented Ghana’s framework on energy transition at a high-level event organised by Bloomberg Philanthropies on Sustainable Energy for All.

With Ghana being a signatory to the Paris Agreement and other international conventions, which require the country to reduce its carbon dioxide emission levels, President Akufo-Addo indicated that it had become imperative for Ghana to develop plans and strategies towards the creation of a net-zero energy sector while aggressively pursuing the nation’s economic development.

Indeed, during COP26 in Glasgow last year, he emphasised the importance of protecting our development process while acknowledging the effects of Climate Change and the urgent need to combat it.

He also stressed the importance of protecting our development by making sure that our oil reserves did not become stranded assets but rather a catalyst for our economic growth. That argument still stands.

The framework’s trajectory goes back to December 2021, when the Minister of Energy, Dr Matthew Opoku Prempeh, inaugurated the National Energy Transition Committee and tasked them to engage all relevant and related stakeholders across the length and breadth of our country.

The committee toured all the 16 regional capitals of the country and also engaged various stakeholders to solicit inputs that were fed into a draft, the Energy Transition Plan, for the attention of the Cabinet.

In preparing this framework, all existing policies and programmes that are being implemented towards achieving Ghana’s Nationally Determined Contributions were considered.

It is estimated that 48,218 premature deaths will be avoided annually due to the improvement in air quality, resulting from the impact of the transition.

No walk in the park

Far from luxurious relaxation sipping cocktails at the plush resort, as some may perceive, my office colleagues who were there tell me of accompanying the Energy Minister to a flurry of meetings and panel discussions with tight deadlines almost all day long each day.

They speak of a working visit by the minister to Taqa Arabia, an Egyptian Energy Company and one of the biggest of its kind in Africa and the Middle East, which provides a variety of services, including the distribution of natural gas, petroleum storage, power generation and petrochemicals and owns one of the biggest Solar PV plants in Africa.

They speak of Dr Prempeh’s engagements on panel discussions on clean cooking, access to climate goals, the Energy Access Agenda and several others, as well as various plenary sessions together with numerous meetings and discussions with colleague ministers from various countries represented at the conference, all aimed at drawing important lessons from best practices and sharing experiences in the global fight against climate change.

I know the feeling. Ahead of a major international conference, one feels rather elated at the prospect of it all, especially if it is to be held in a major city or location one has never been to, such that it is tempting to think of it as hitting the tourist trail on holiday. But eventually, the reality of the drudgery of a sometimes-gruelling work routine does vaporise almost every fibre of thrill in one’s body when one gets to the ground.

Next year, the Dubai Expo City in the UAE will host COP28 from November 30 to December 12, 2023. Our transition journey to cleaner energy must continue to enable us to tell our success story better at COP28 and beyond.

The passage of the Renewable Energy Master Plan 2019 and the Sustainable Use of Natural Resources and Energy Financing (SUNREF) 2021 attest to this government’s commitment in this direction.

In the Renewable Energy Master Plan, the government proposes incentives in the form of substantial tax reductions, exemptions of import duties and VAT on materials, components, equipment and machinery (that cannot be obtained locally) for manufacturing or assembling renewable energy resources.

Under the SUNREF Programme, the government in collaboration with other agencies is offering businesses, organisations and households an opportunity to access financing for sustainable energy projects and technical assistance in structuring green investment.

We must continue to pursue a gradual but steady approach that allows us to exploit our resources for development while simultaneously remaining committed to the energy transition through deliberate efforts and partnerships.