The Paramount Chief of the Kumawu Traditional Area, Barima Sarfo Tweneboah Koduah, says posterity will applaud the President Nana Addo Dankwa Akufo-Addo, for the introduction of the Free Senior High School program, 1-District-1-Factory initiative, and other policies being implemented by Government.

Describing the Free SHS policy as “the greatest intervention to hit the education sector in the country’s pre-and post-colonial history”, Barima Sarfo Tweneboah Koduah said students and parents of today and tomorrow will forever be grateful to the President 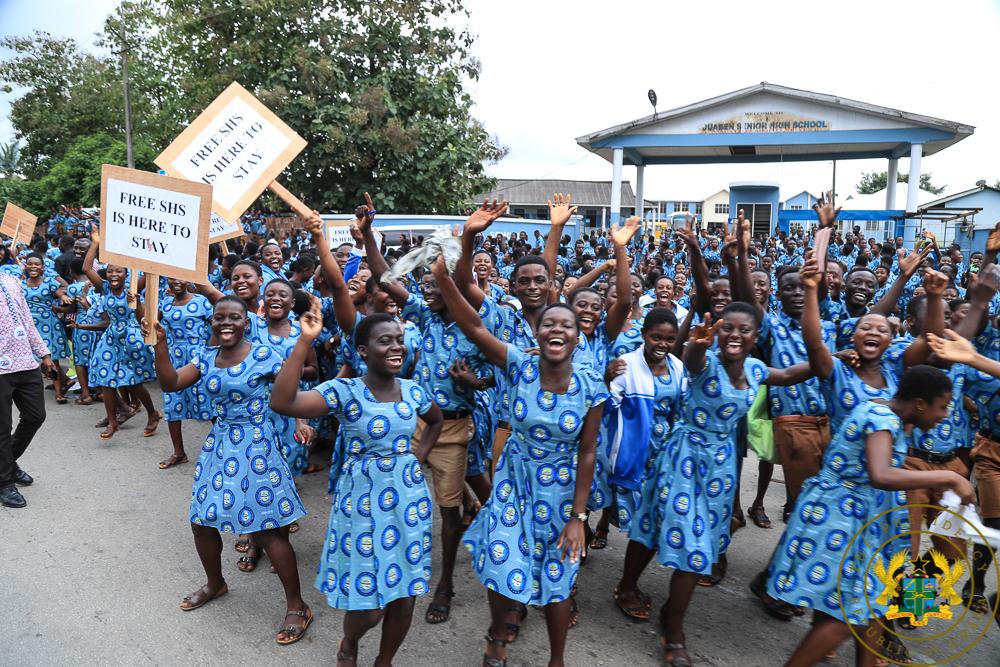 He said the area has also benefited from the distribution of cashew and cocoa seeds, adding that “in all, about 350,000 seedlings have been given freely to farmers for cultivation. An ultra-modern warehouse is also being constructed for the preservation of food items. All these form part of the massive interventions in agriculture going on in Kumawu.”

Emphasizing the giant strides made in agriculture under President Akufo-Addo, he noted that, recently, investors from Uganda and other countries have come to observe and take interest in the five demonstration farms in Kumawu, each of them constituting 100 acres of land.

On roads, he said, “after so many years of bitter lamentations about our deplorable roads, I have seen good results today, following the cutting of the sod for the construction of the 5.3 kilometers Bodomasi road, and the strong assurances given to those of Weraso and Oyoko, which will be given on contract before the year ends.”

Thanking President Akufo-Addo for the construction of the Weraso-Ahinsan, Sekyere-Banko, Sekyere-Akorofroso roads, he indicated further that the Oyoko to Nsuta road is also being constructed.

Commending the President on his industrialization drive, he said “when we look at the Technology Center, I go there all the time to see it, it is very beautiful. I know it will be opened soon, to help take care of our farm produce. If you don’t like these, what else do you like, all these have been made possible by Nana Addo.”

Continuing, he indicated that “part of the funds for the infusion plant at Akotosu is in, and it shall soon be done. We are looking at a fish meal and a starch factory which will be constructed in Kumawu here, for which 10 acres of land have been provided.

Thus far, “we have also provided lands for the cultivation of corn, soya bean and cassava which will be used for that production. The investor, in the company of officials of the Agricultural Development Bank, came here to visit in line with the President’s Public-Private Partnership initiative. All documentation relating to it is ready for the factory to take off. It means that Sekyere Kumawu alone, barring any unforeseen circumstances, we shall have three factories. This is indeed great news.”

He was also grateful to the President for the expeditious work on the Kumawu District Hospital Project, the site the President earlier visited to inspect the progress of work.