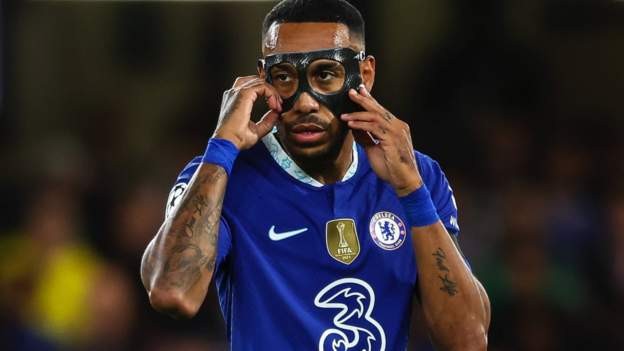 Chelsea boss Graham Potter has praised the way forward Pierre-Emerick Aubameyang dealt with a violent robbery in his home in the summer.

The Gabon forward suffered a broken jaw during the incident which happened at his home near Barcelona just before he joined Chelsea from the Spanish club.

Potter became Chelsea manager last month and said he has been impressed with the former Arsenal striker.

“He wouldn’t be human if it didn’t affect him,” Potter said.

“We’re here to support but I think the best thing for him is to play football, to put the incident behind him as quickly as possible and feel comfortable and happy. I think he feels that here. He has acted really professionally, I have been really impressed with him.

“[The burglary] was fairly horrific to be honest. You are talking about something that isn’t particularly nice where the family are concerned.

“But I can only act on how he behaves and he has been perfect.”

Speaking at the time, Aubameyang, 33, who has played three times in the Premier League this season, described how “violent cowards” broke into his home adding: “The feeling that we are no longer safe in our own home is hard to understand and describe, but as a family we will overcome this and stand stronger than ever.”

Chelsea play AC Milan on Wednesday at Stamford Bridge as Potter looks to get his first win in the Champions League after a 1-1 draw with Red Bull Salzburg last month. Chelsea lost their opening match in this season’s competition at Dinamo Zagreb under previous boss Thomas Tuchel.