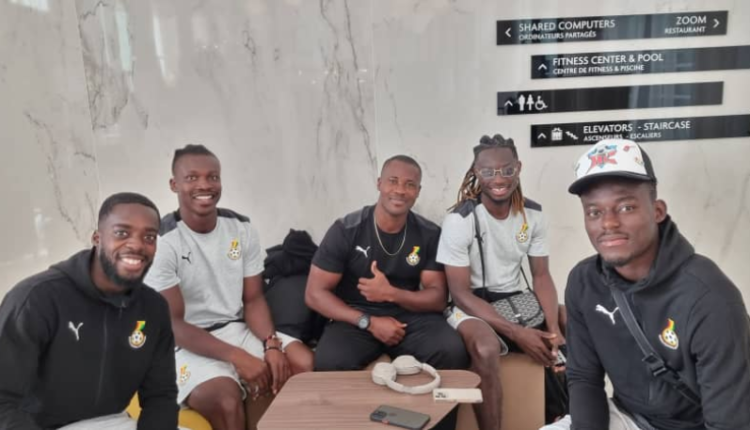 Tariq Lamptey and Inaki Williams have arrived at the camp of the Black Stars ahead of pre-2022 World Cup friendlies against Brazil and Nicaragua this month.

The duo joined Gideon Mensah, Joseph Aidoo, and Baba Iddrisu on Monday at camp and are awaiting the rest of the team to begin training for the two games.

Lamptey was not in action for his club Brighton over the weekend because their Premier League match against Crystal Palace was postponed due to Queen Elizabeth II’s funeral.

However, Williams was on the scoresheet as Athletic Bilbao fought back to record a 3-2 victory over Rayo Vallecano in La Liga on Saturday.

Lamptey and Williams committed to Ghana in June and are expected to make their debuts this month.

Ghana will play Brazil on Friday, September 23, at Stade Oceane in Le Harve- France before taking on Nicaragua at Estadio Francisco Artes Carrasco in Lorca, Spain on Tuesday, September 27, 2022.

Ghana will play another friendly against Switzerland before the start of their World Cup campaign.

The games form part of Ghana’s preparations for the upcoming 2022 World Cup scheduled to be hosted in Qatar.

The Black Stars will face Portugal, South Korea, and Uruguay in Group H.