President Nana Addo Dankwa Akufo-Addo, through the Ministry of Health (MoH), has appointed Professor Otchere Addai Mensah as the new Chief Executive Officer of the Komfo Anokye Teaching Hospital following the retirement of Dr. Oheneba Owusu Danso who has served at the hospital for over three decades.

The Board Chair of the Komfo Anokye Teaching Hospital, Bompatahene Nana Effah Apenteng, has received an official letter from the Ministry of Health indicating the appointment of Prof. Otchere Addai Mensah, who is a Senior Lecturer at the Kwame Nkrumah University of Science and Technology.

A report from Manhyia Palace also confirmed that Asantehene Otumfuo Osei Tutu II had received a formal letter from the MoH concerning the appointment of the new CEO for the referral facility.

After the retirement of the former CEO, the staff threatened strike action if the government appointed a non-permanent staff of the hospital as the new Chief Executive Officer.

The case has not to been resolved, but a report from KATH also indicates that the Board Chair has received an official letter concerning the appointment of Prof. Otchere Addai Mensah as the new CEO of Komfo Anokye Teaching Hospital. 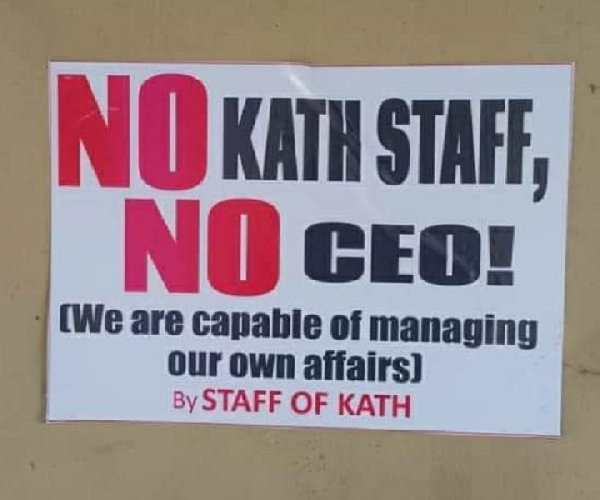 The Board Chair of the hospital is yet to engage the staff of the hospital to announce to them the appointment of Prof. Otchere Addai Mensah as the CEO of the referral facility.