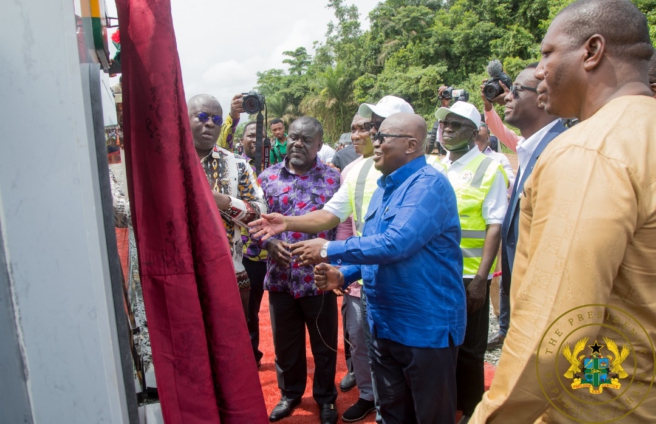 President Nana Addo Dankwa Akufo-Addo Tuesday cut the sod for the commencement of work on the Manso to Huni Valley section of Western Railway Line in the Western Region.

The 500m euros Project, which covers a distance of approximately 78km, is expected to be completed in 42 months. 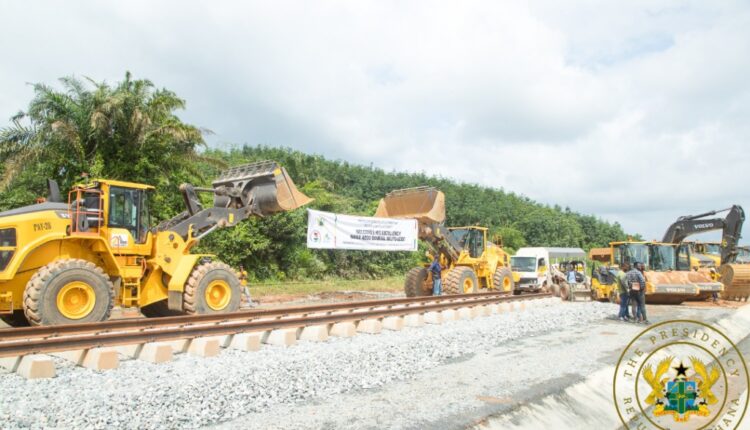 At a ceremony at Manso in the Amenfi Central District, President Akufo-Addo said the commencement of work on that section of the Western Railway Line was a demonstration of his administration’s commitment to develop and improve the country’s railway sector.

He said the Project would facilitate the transportation of minerals to and from the Takoradi Port as well as accelerate economic activity in the country.

The President said the 500m euros devoted to the Project is the highest single investment for railway development since Ghana gained independence.

He said work on the 22km Kojokrom-Manso section of the Western Railway Line was ongoing and would be completed by the end of the year.

“Government is committed to securing additional resources to compete the expansion of the new standard guage rail network in the country in line with the railway master plan,” President Akufo-Addo said.

President Akufo-Addo said as of January 2017, out of the 947km narrow guage railway network bequeathed to the country by colonialists, barely 10 per cent was operational.

He said the only addition to the network had been the 15km narrow guage railway line built between 2012 to 2017 from Sekondi to Takoradi via Kojokrom.

“When I assumed office I was determined to change these statics because I believe that the presence of an efficient railway system is critical to the progress and development of our nation” he said. 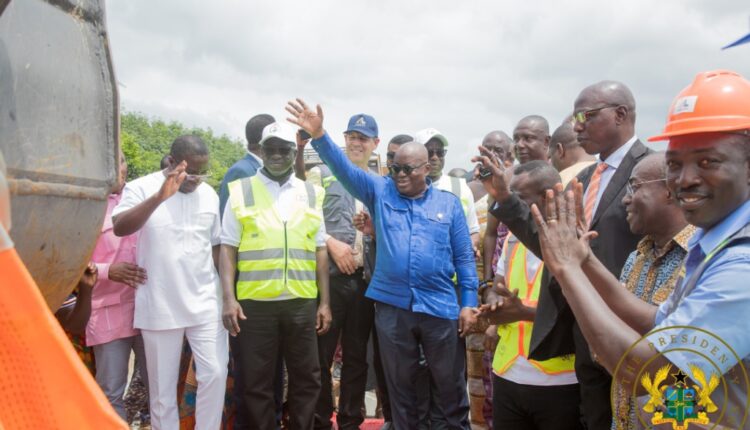 President Akufo-Addo expressed concern about what he described as the stealing of railway components by some “unpatriotic saboteurs. ”

He cautioned the perpetrators that the appropriate punitive measures would be taken against them when apprehended.

The Western Railway Line, which runs from Takoradi to Kumasi with a branch line through Dunkwa to Awaso (340 km), is the major route for the transportation of major minerals and other bulk commodities such as manganese, bauxite, cocoa, timber, cement, and petroleum products.

Due to several decades of neglect and underfunding, the Western Line is completely broken down, except for partial freight services on the Takoradi to Nsuta section which is used for the haulage and export of Manganese through the Takoradi Port. 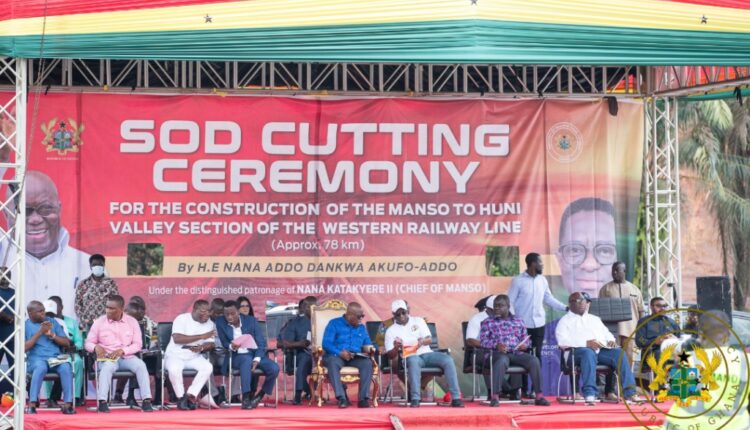 Mr John Peter Amewu, the Minister for Railway Development, said the Manso-Huni Valley Project, when completed, would seamlessly link the expanded Takoradi Port to a more efficient standard gauge railway line for the effective transportation of cargo and passengers. 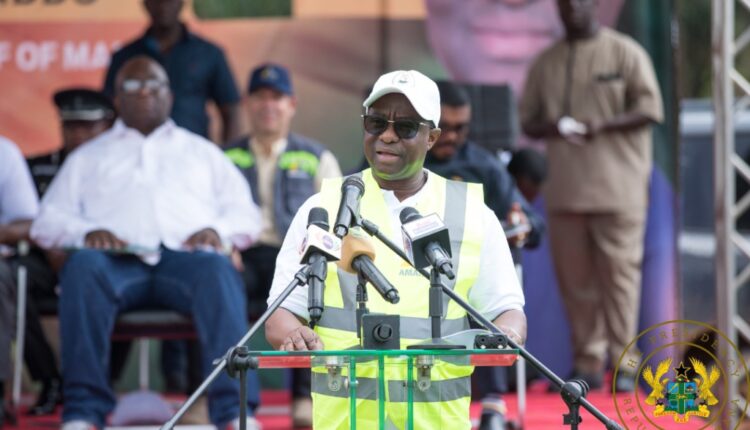 “It will contribute to a reduction in the cost of transportation of bulk commodities, containers, and agricultural produce to the Port and other destinations,” he said.

Nana Katakyie II, the Chief of Manso, said economic activities in Manso and surrounding communities had been halted due to the non-functioning of the railway lines in the area.

“We appreciate your resolve to reactivate the lines. It gives us assurance that business activities will bounce back,” he told the President.