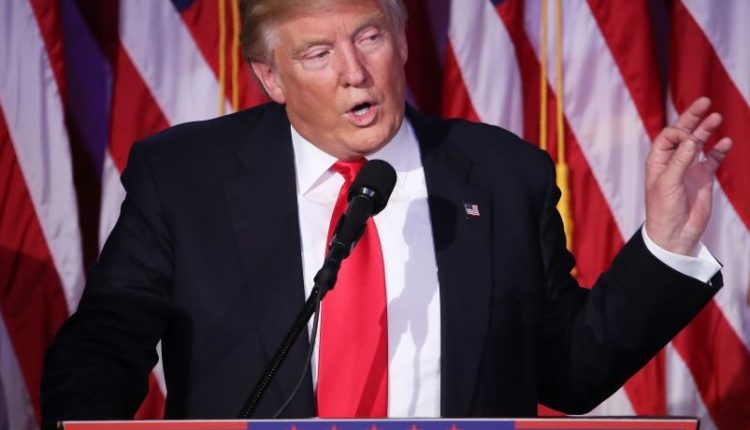 In an email interview with Religion News Service, President Donald Trump revealed that he’s not a Presbyterian anymore. He is now, like a rapidly growing number of American Christians, “non-denominational.”

“Though I was confirmed at a Presbyterian church as a child, I now consider myself to be a non-denominational Christian,” he wrote in an email to RNS. Trump went onto credit his parents with instilling him with “the importance of faith and prayer from a young age.”

Trump did not say why he left the Presbyterian denomination.

“Melania and I have gotten to visit some amazing churches and meet with great faith leaders from around the world,” he continued. “During the unprecedented COVID-19 outbreak, I tuned into several virtual church services and know that millions of Americans did the same.”

RNS says the interview was conducted via an email exchange through a sort of convoluted process of being presented to Trump by Paula White, the prosperity gospel preacher and head of the White House Faith and Opportunity Initiative. White has no connections to RNS, but the White House says the answers are “attributable” to Trump, according to RNS. Additionally, the White House took the unusual step of posting the transcripts of this email interview on its own official website after RNS posted the interview.

In the interview with RNS, Trump also touted his administration’s record on religious freedom, including his Executive Order on Advancing International Religious Freedom which “solidified America’s own commitment to this critical issue.” RNS said Trump did not answer questions about the administration’s drastic reduction in refugees admitted to the U.S. — refugees which include Christians fleeing persecution. RNS wrote that the White House press office “preferred to address what the administration has done for persecuted Christians around the world.”

You can read the whole interview here.