Another government appointee, Clara Napaga Tia Sulemana, has given birth in the United States of America.

Hours after Theghanareport.com reported on Saturday that a Deputy Minister of Information, Nana Dokua Asiamah Adjei, put to bed a bouncy baby boy in the United States, it has emerged that she was not alone in the labour ward duties.

This brings her number of children to two.

The 33-year old was the first staffer President Nana Addo Dankwa Akufo-Addo named after he was sworn into office on January 7, 2017.

She is married to the Deputy Managing Director of the ADB Bank, Alhassan Yakubu-Tali.

Apart from her role at the Jubilee House, she is also Board member of the Tamale Teaching Hospital in the Northern Region. 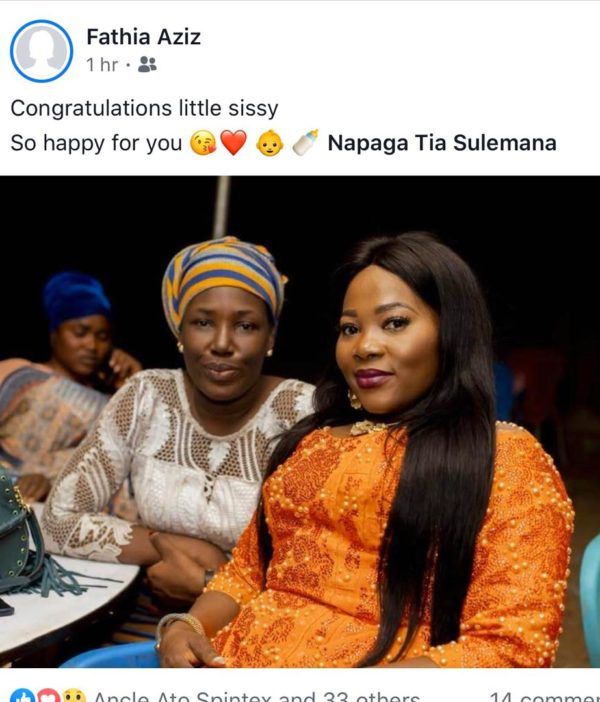 In what can be described as the ‘joy of presidential staffers’, Mr Charles Cromwell Nanabanyin Bissue, another staffer, is the father of the Deputy Minister’s child.

The Member of Parliament (MP) for Akuapem North constituency tied the knot with Presidential staffer, Mr Bissue, on Saturday, September 7, 2019, at a private ceremony in Accra.

A Deputy Chief Executive at Microfinance and Small Loans Centre (MASLOC), Afia Akoto, took to Facebook to congratulate the couple who are members of the governing New Patriotic Party (NPP).

Below is a picture of the couple.