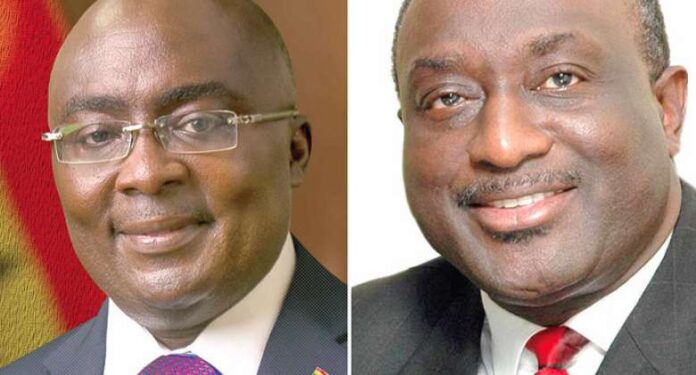 A wave of relief spattered with euphoria was witnessed across Kenya on Monday as a result of the hotly contested presidential election declared a win for the Vice President, William Ruto against Raila Odinga.

The outgoing President Uhuru Kenyatta backed Mr Odinga, to succeed him after he (Kenyatta) fell out with Mr Ruto his Vice President. The President fully supported his foe turned ally, Odinga, to beat Ruto who has tried to emphasize his connection with ordinary Kenyans by calling himself a “hustler”.

The fierce disagreement between President Kenyatta and his Vice Ruto played out in the election. Kenyatta backed Odinga to succeed him as president. That has caused years of dysfunction at the top of Kenyan politics, with the president and vice-president slagging each other off constantly and undermining each other.

Unfortunately for Kenyatta, just like Ghana’s constitution, the President cannot sack his Vice President except if the Vice President on his own resigns, dies, or is removed by Parliament.

The majority of the electorates voted to express their intense dislike for continuity of the status quo and hence strongly rejected the president’s candidate.

In Ghana, as the ruling New Patriotic Party prepares to elect its next flagbearer for the 2024 general elections, the President, Nana Akufo-Addo, and his close allies have thrown their support for Vice President Dr Mahamudu Bawumia to beat his contender Alan Kyerematen, Ghana’s Trade Minister.

The lesson for Ghana is that the Ghanaian electorate will reject any candidate who is seen as an appendage and heir apparent fully backed by President Akufo-Addo and his allies to succeed him. Although Akufo-Addo has rejected claims that he is supporting Dr. Bawumia, political pundits have noted that confidants and close allies of the President are working and directing appointees to support Bawumia.

The cousin to the President and Minister of Finance, Ken Ofori Atta recently after a public lecture by Dr. Bawumia declared his support for Bawumia to takeover from Akufo-Addo.

Top government officials at Jubilee House have publicly thrown their support for the Vice President. Chairman Wontumi, Ashanti Regional Chairman of NPP, and some other regional Chairmen who are close allies of Akufo-Addo have also declared their unflinching support for Dr. Bawumia. MCE’s and DCE’s together with government appointees have been directed to support Dr. Bawumia.