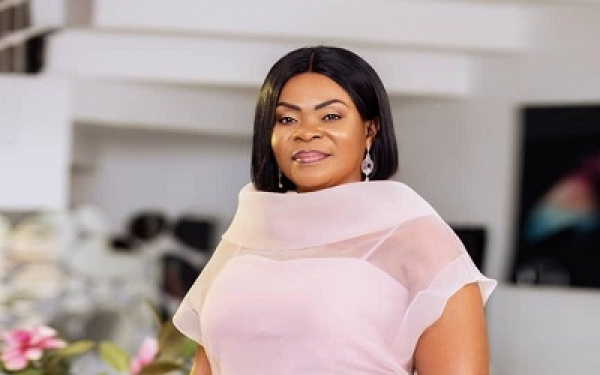 Calls for the resignation of Ms. Eunice Jacqueline Asomah-Hinneh, a member of the Council of State who was cited in an influence-peddling case by the Office of the Special Prosecutor(OSP), have intensified.

Mr. Vitus Azeem, the former Executive Director of the Ghana Integrity Initiative (GII) and an anti-corruption campaigner, is prominent among the voices calling for the resignation of the owner of Labianca Company Limited.

He has stated that Ms. Asomah-Hinneh should not be in office following the findings of the OSP.

“This Council of State member should have resigned by now. If the leadership, the president, and his executive are determined to fight corruption, that should be the case,” he told Citi FM.

According to him, even though the OSP has recouped a certain amount of money from her company, the president should conduct further investigations into the issue and give out a more stringent penalty to deter other tax evaders.

Also, the concerned citizen who petitioned the Office of the Special Prosecutor on corruption-related offences involving Labianca Company Limited, Mr. Frank Asare, has asked for Ms. Asoamh-Hinneh to resign.

Reacting to the OSP’s report, he commended the good work done but went further to ask for resignation.

“I wish to commend the Office of the Special Prosecutor(OSP) for the thorough investigation into my complaint, the findings, and recommendations of which do not only indict the company but contain far-reaching directives for strengthening the administration of revenue mobilization at the Customs Division of the Ghana Revenue Authority.

“Members of the Council of State are supposed to exhibit high levels of integrity. By using her influence as a Member of such a prominent State institution for corrupt influences, the indicted member cannot continue being on the Council of State,” he averred in a press release dated 10 August, 2022.

This is contained in a report released by the OSP dated 3 August 2022, dubbed: “Report of Investigation into Alleged Commission of Corruption and Corruption-Related Offences involving Labianca Group of Companies and the Customs Division of the Ghana Revenue Authority.”

After the investigations, the OSP concluded that Ms. Asomah-Hinneh has capitalized on her position as a member of the Council of State and member of the Board of Directors of the Ghana Ports and Harbours Authority (GPHA) to get a favourable decision from the Customs Division of the Ghana Revenue Authority (GRA), and so accused her of influence-peddling.

On this basis, the Special Prosecutor issued an interim directive on 21 March 2022  to Labianca Company Limited to pay an amount of One Million Seventy-Four Thousand cedis Six Hundred and Twenty-Seven cedis Fifteen pesewas (GHC1,074,627.15), representing the short collection or shortfall of revenue arising from the issuance of the unlawful customs advance ruling by the Deputy Commissioner for Customs in charge of operations, Mr. Joseph Adu Kyei into the Asset Recovery Account of the Office of the Special Prosecutor.

Meanwhile, Labianca Company Limited complied with the directive on 31 March 2022.